Flying Eagles head coach, Paul Aigbogun, is confident his team will go past Guinea Bissau in today’s second leg Second Round match in the 2019 U-20 Nations Cup qualifiers at the UJ Esuene Stadium, Calabar, reports Completesportsnigeria.com.

The Flying Eagles were held to a 2-2 draw by the Young Djurtinhos in the first leg last weekend in Bissau.

Aigbogun’s boys surrendered a two- goal lead in the encounter capitulating in the second period after a dominant first half display. 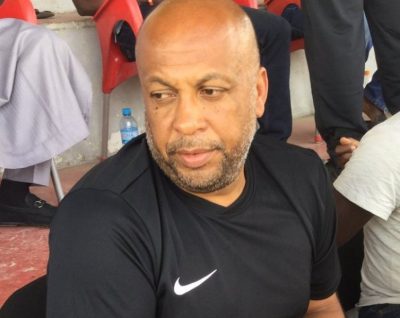 “We have prepared well for the game and picked vital lessons from the first leg,” Aigbogun told CSN.

“I’m confident we will make it to the next round.”

The winner over two legs will face Mauritania who knocked out Guinea 3-3 on away goals rule in the final qualifying round of the qualifier on Saturday.

Mauritania won the first leg 1-0 but lost the second leg 3-2 in Conakry.