3SC Football club of Ibadan intensified their preparation for the restart of the Nigeria National League(NNL) by defeating Republic Benin Republic side Anosie FC 5-0 at the Adamasigba Stadium Ibadan on Wednesday, reports Completesportsnigeria.com.

Goals from Jabal Anifowoshe, Ayobami Junior and Sani Nurudeen gave Edith Agoye’s side a 3-0 lead into the break.

At the restart Uche Okorie and Bello Rouchdane sealed an emphatic win for the Oluyole Warriors.

Agoye told CSN shortly after the game that he was satisfied with the performance of his team but looking out for his side’s consistency in the league.

3SC are currently second in the nine-team NNL Group B1 table with 12 points from seven games.

“It was a good game and I’m pleased with the reaction of the players. I just want more consistency from them so we don’t drop,” Agoye told CSN in Ibadan.

Agoye also praised the Oyo State government for their immense support since his appointment.

“The State government has tried and I also want to thank our sponsors Nairabet for their endless support to the team.” 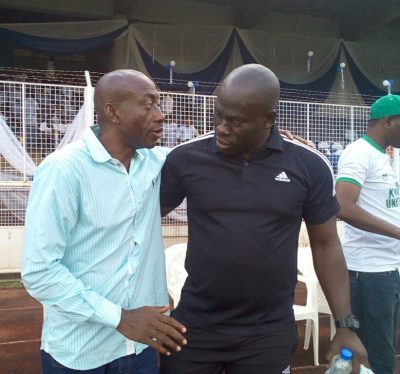 Agoye also revealed that his team will play another tune up game against Triple 4, a selected side from Ibadan on Thursday before their international friendly against the Benin Republic’s U-20 team on Friday.

The Junior Squirrels are using the game as part of preparations for the final qualifying round for 2018 TOTAL African Youth Championship.