Following the South African native to the riskiest waves on the planet is no easy feat, but filmmaker Andrew Kaineder has made it his mission to document Matt Bromley’s quest to find and surf the biggest and heaviest waves possible.

From huge 20 foot barrels in Indonesia to double overhead waves breaking into rocks in Southern Australia, the boys spent months traveling the road, sea and air to document the search for the riskiest waves known to man.

The 3-part series will be released online, followed by a longer film premiering in Europe and South Africa February 2018.

Matt Bromley: “I’m trying to chase down the most incredible, barrelling waves on the planet and capture it in the most unique way. I’m looking for surfers and non-surfers alike to be wowed by this. Andrew was filming from so deep in the pits with me and to have that experience as a viewer is hopefully giving them an insight into how beautiful and treacherous those waves are.”

Surfing Big Waves carries the most extreme risks possible and the motivation to pursue these adventures has crossed their minds along the trip: “It’s a split-second moment to make the call, your instincts are telling you not to go; you have to have the mind-set that you’re out there to chase the biggest waves on the planet, but be able to weigh that up with the risks involved”

The boys hit the East Coast of Australia to wait out the swell and ended up scoring waves with some of the most influential Big Wave chargers, who are leading the charge for slab riding in Oz. They score at some incredible spots, where 10 ft waves break over treacherous rocks, in isolated locations far from help. They score a big left hander that rarely breaks, delivering big pits, 1km out to sea.

“There’s rocks coming out of the wave and big rocks right in front of you that you can get washed through- you can see the guys there absolutely sending it, it doesn’t seem like they’re even worried about the rocks at all. It’s a whole new mind-set; it’s pretty terrifying, but it’s challenging and awesome at the same time” 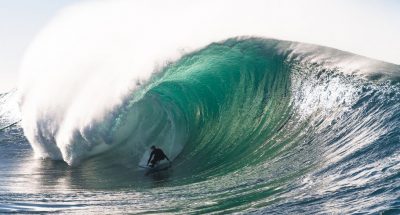 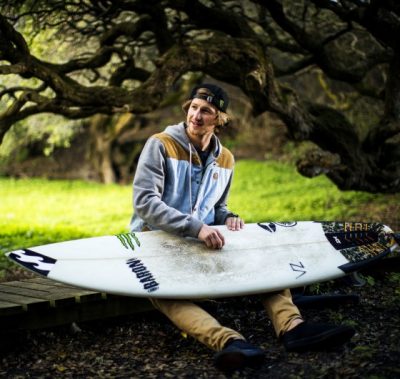 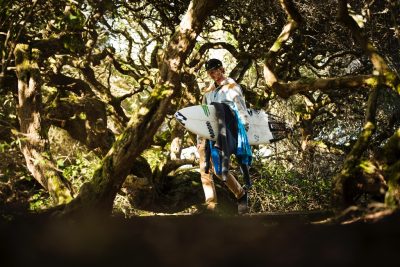 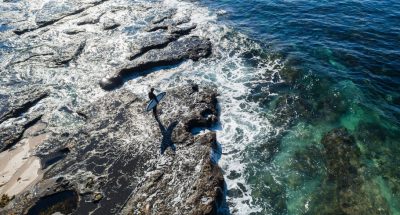