The win means Joshua stretches his unbeaten streak to 21 while it was a first defeat for Parker after 25 professional fights.

It was the first time Joshua will emerge victorious via unanimous decision as his previous 20 fights were won via knockouts.

The first two rounds were close as both boxers were evenly matched and went about sizing up each other.

Joshua started imposing himself from the third round with some good jabs which kept Parker under pressure. 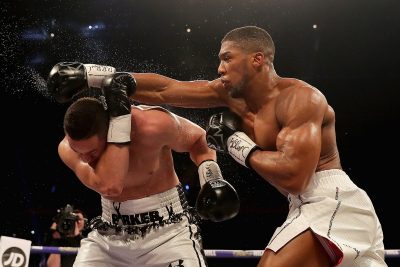 In the sixth round, Parker landed a superb uppercut which rocked Joshua but the champion recovered well and returned to using his jabs, ending round eight with good body shots.

The 10th round saw Parker struggle to keep Joshua at bay due to bleeding from his left eye following a cut in the earlier rounds.

And in round 12, the final round, Joshua kept Parker at range as the New Zealander went in search of a knockout which never materialised.