Ndidi beat the duo of Ben Chilwel and Demarai Gray to pick up the award which was held on Tuesday night.

He was also nominated for the Players’ Player of the Season along with Harry Maguire and Jamie Vardy. Maguire won the award.

Replying to a tweet by Leicester announcing Ndidi as the club’s Young Player of the Year, Abdullahi wrote on his handle: “Congratulations @Ndidi25.”

In other awards that was given out, captain of the team, Wes Morgan, went home with the performance of the prize while Vardy’s superb volley against West Brom was voted the club’s goal of the season

Ndidi who has been a key performer for The Foxes this season has made 33 league appearances for the club with four assists to his name. 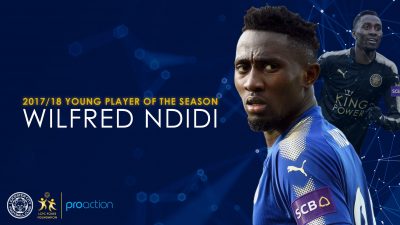