Adepoju: How Super Eagles Nearly Beat England At Wembley In 1994 On November 16 1994, the Super Eagles fresh from an impressive debut at the FIFA World Cup few months earlier, took on the Three Lions of England in an international friendly game at the Wembley Stadium. I was priviledged to play in that game and, as Nigeria takes on England again on Saturday, let me walk you through that memorable night in London in 1994 and preview what we must do to have a good outing in 2018…

The significance of the November 16, 1994 game was that one, it was Nigeria’s first ever game at that level with England even though we shared a close history as two nations. Two, as players, you want to play at the iconic Wembley stadium and having the opportunity to meet England at that venue was historic. Three, it was a good way of putting Nigeria on a high pedestal in World football if we did well against the Three Lions. We also wanted to prove that our performance at the World Cup was not a fluke so playing England, one of the biggest names in World football was a way of making a huge statement that we had arrived. Finally, playing England meant we would be on the global media outside the World Cup so it was an important occasion for us.

By the time we got around to playing the match in November 1994, the Super Eagles had a new manager. The late Shuaibu Amodu had replaced Clemens Westerhof who left after the World Cup so while it was basically the same team, we were playing under a new manager with his own idea of how the game should be played. The relationship between Amodu and the players was cordial. He was straightforward and opinionated, he made us see the need to give a good account of ourselves in the game and how it could help to advance some players’ career if they did well.

We all wanted to play the game and we were upbeat about our chances against England. We got confirmation that the game was going ahead like two or three days to the game and, under 24 hours, almost all the players had reported at the London camp and were in high spirits for the game. I came in a day to the game and the team was able to train only once before the match.

On matchday, the coach told us to go and represent Nigeria well by doing our best but this was a team that was used to playing very tough games so we already knew what to expect and we were ready for the game. He also discussed game plan and tactics with us and we were ready to go.
As a player, I was personally motivated to play a good game and put more than one hundred percent effort so that we can win the game.

The game started and we immediately attacked them as part of our game plan. We didn’t want to sit back because we knew how dangerous that could be against a team like England. We dominated possession for long spells and I remember Austin Okocha wowed everybody with his magic on the day.

Apart from having better possession, one thing I also remembered was the number of chances we missed in the game. Rashidi Yekini, Daniel Amokachie and Emmanuel Amuneke all came close to scoring severally but the ball just refused to go in. I also had a very beautiful opportunity to score. The ball had fallen nicely for me from a rebound and I controlled it with my right leg but feinted a bit so I could hit it with the left foot. I struck it hard and everyone thought it was going in but the goalkeeper punched it away. It would have been a very good goal and one of the best of my career.

They had a corner kick which their captain David Platt headed in for the only goal of the game and that was it. At the end I was a little bit disappointed in the result. That was not because we didn’t play well but because we didn’t get the result our performance deserved. 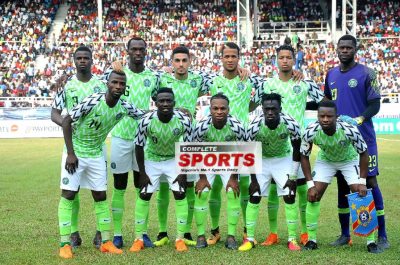 The circumstances of both games are almost similar even though they are 24 years apart. The team arrived England on Wednesday and will have one or two training sessions just like we did in 1994. The only major difference is that while we played England after the World Cup, this current team will be playing them as part of their preparations for the 2018 World Cup so it has added significance, maybe more than ours did. England, who are also preparing for the World Cup will probably take the game more seriously because they are playing in front of their home fans.

We have a fairly good chance against them, their Premier League stars notwithstanding. Even in 1994, despite not qualifying for the World Cup they had a very good team too so we have our work cut out against them. They had Steve McManaman, John Barnes, Dennis Wise, Alan Shearer etc. Now they have a host of young stars also playing and doing well for their teams so they can make things difficult for Nigeria but luckily we have our own players who have played against them in the Premier League and in Europe so that should balance things out fairly for both sides.

I believe the England team, just like Nigeria, is a new one and they will be very direct like a typical English team. However, if the Super Eagles sit back and hit them on a counter with fast breaks, we can really hurt them. Luckily, that is a strong point for our current team. 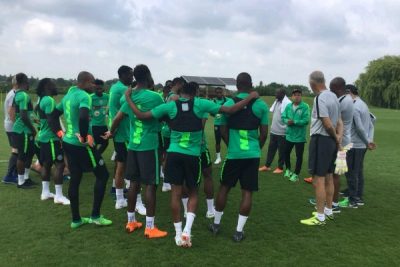 The defence is always the spot of bother for Nigeria and the defenders must have a good understanding amongst them to minimize mistakes. There won’t be any margin for error as England’s attackers are capable of punishing any mistake so they have to be focused and concentrate for the duration of the game. Then they must also provide adequate cover for whoever is going to be in goal. 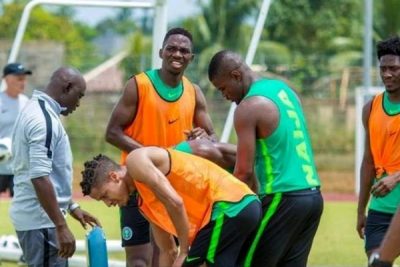 Kelechi Iheanacho, who’s played against most of the England defenders should be allowed to play as a support striker with Odion Ighalo, another player with Premier League experience for a straight 4-4-2. However, Victor Moses and Alex Iwobi could play upfront if the coach prefers to go for a 4-3-3 formation.

Wilfred Ndidi, if fit, should play alongside captain John Mikel Obi and Ogenyi Onazi in the middle but if Ndidi is not starting, I think Oghenekaro Etebo is the man to replace him in the starting 11.

In my days, apart from being a midfielder, I was often deployed as a right full back depending on the coaches’ formation. In the current team, I think Shehu Abdulahi is strong and fleet-footed enough to start at right-full back. I also love the progress Tyronne Ebuehi is making and any of them will be good enough for that position.

At left full-back, Ola Aina has done very well and Brian Idowu too has impressed. I have not seen much of Elderson Echiejile recently but his experience will count for something too.

In goal, I would love if Gernot Rorh could throw in Ikechukwu Ezenwa to start the game. We have seen Francis Uzoho in the last four games and we know what he’s capable of and his rapid improvement. I want Ezenwa to get the chance to also start against England. Exposing each one of them to these big games will mentally toughen them up for the World Cup.

It’s going to be a very difficult game even though it’s a friendly match. There’s a lot riding on this match for both sides. I expect a 2-1 win for the Super Eagles. Up Nigeria!

Mutiu Adepoju, who attended three World Cups with the Super Eagles, is currently the La Liga Ambassador in Nigeria.