Ebuehi, 22, penned a five-year contract on a free with the Portuguese league runners-up ending his five year stay with ADO Den Haag.

He turned down the chance to sign a new deal with ADO Den Haag preferring a move elsewhere.

ADO Den Haag will receive a training allowance of 250,000 euros as compensation. 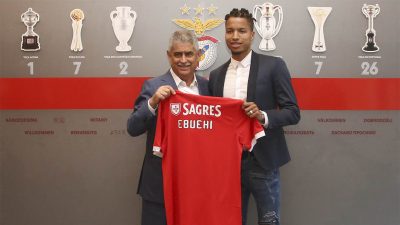 “Tyronne Ebuehi has signed for Benfica for five seasons. We wish him every success and happiness in his future career!,” reads a tweet on ADO Den Haag’s Twitter handle.

The right-back who was born in the Netherlands to a Nigerian father and a Dutch mother is in Nigeria’s 30-man provisional squad for the 2018 FIFA World Cup in Russia.