Tanzania head coach, Emmanuel Amuneke, will hope to start his stint with the Taifa Stars on a positive note when his side take on Uganda today (Saturday) in a 2019 Africa Cup of Nations qualifier at the Namboole Stadium, Kampala, reports Completesportsnigeria. com.

The former Nigeria international was appointed head coach of the Taifa Stars in July and the game against the Cranes will be his first competitive game in charge of his new team.

He signed a two-year contract with the Tanzania Football Federation after a short-lived stint with Sudanese club Al Khartoum Watani.

Tanzania were held to a 1-1 draw at home by Lesotho in their opening game of the qualifiers in Group L last year. 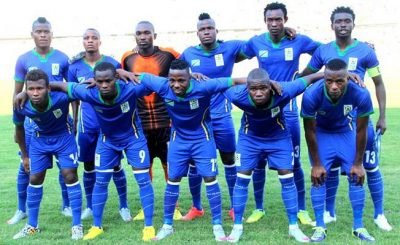 Uganda occupy first position in the group following their 1-0 away win against Cape Verde last year.

Amuneke will bank on Tanzania top star, Mbwana Samatha who plays for Belgian club, Genk to deliver the goods for his side against the Ugandans.

Tanzania last featured at the AFCON finals in 1980, which was hosted by Nigeria.