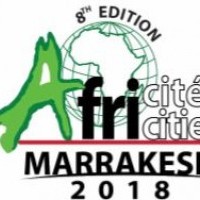 An unprecedented participation of 8300 participants represented more than 77 countries, including 53 African countries and nearly 3,000 local elected representatives, mayors and other leaders of local and subnational governments. The Africities Summit 2018 (www.Africities.org) in Marrakech has proven itself to be the most important democratic gathering in Africa.

“ The Africities Summit gave a voice to local authorities. Thanks to that recognition, the idea that local Africa will change Africa is making headway’, said Jean-Pierre Elong Mbassi, Secretary General of United Cities and Local Governments of Africa (UCLG Africa) (www.UCLG.org).

20 years of the Africities Summit was celebrated and highlighted with the presentation of the UCLG Africa anthem, composed by David André, Mayor of the City of Victoria, Seychelles, and Vice President of UCLG Africa.

The closing ceremony of the Africities 8 Summit was marked by the reading of the Royal Message by Her Royal Highness Princess Lalla Meryem, who, on this occasion, officially launched the pan-African campaign, “ African cities without street children.”

The initiative from the Network of Locally Elected Women in Africa, (REFELA), UCLG Africa’s Gender Equality Commission, is supported by the National Observatory for the Rights of Children (ONDE) of Morocco. 20 cities in Africa have already subscribed to this campaign, including the city of Rabat, which will serve as the pilot city for the campaign in Morocco. For the implementation of this campaign, three memoranda of understanding have been signed between ONDE and UNICEF in support of this international campaign between ONDE and UCLG Africa. The campaign will be implemented across the continent by UCLG Africa; and between ONDE, the City of Rabat and four ministerial departments of the government for the national campaign in Morocco.

The political segment of the Summit started on November 23 with a round table on city diplomacy introduced by Denis Coderre, former Mayor of Montreal, Canada, with the participation of panelists including, Her Excellency Catherine Samba-Pandza, former Head of State of the Central African Republic and former Mayor of the city of Bangui.

Several recommendations and proposals emerged from the 160 sessions held across the 5 days under the general theme   “The transition to sustainable cities and territories: the role of local and sub-national governments of Africa”.  All of the recommendations and proposals were submitted to ministers, mayors and leaders of local governments and development partners for consideration and adoption at the meeting of ministers, the general meeting of UCLG Africa, and the meeting of development partners, which were organized in parallel during the afternoon of November 23. The political segment ended on the morning of November 24, with a tripartite dialogue meeting between ministers, mayors and development partners.

UCLG Africa’s Executive Committee held its elections at which The City of Libreville, represented by its Mayor, Mrs. Rose Christiane Ossouka-Raponda was elected as the new President of UCLG Africa for a term of 3 years, which will end at the next general assembly scheduled for 2021. In addition, the city of Bagangte, Cameroon, represented by its Mayor, Celestine Ketcha-Courtès, was re-elected as President of REFELA.

Amongst the special events of the Summit, it is worth mentioning the meetings held between the mayors and locally elected officials of Africa and their counterparts in Asia-Pacific, mainly from China and Japan; and the meeting between the mayors and leaders of local and regional governments in Africa and their African American counterparts.  The African American network of mayors announced that, “400 years after crossing the Door of No Return, where the first boat left the shores of Africa bound for the Americas carrying children of Africa, it is now time to consider starting the opposite wave, by opening, at the initiative of the mayors and leaders of the local and regional governments of Africa, the “Door of Return” to the African Americans of the United States, the Caribbean and Latin America and declaring that Africities is the right place to launch this mobilization for the Road of Return.

The summary of the sessions and recommendations of the Africities 2018 Summit can be seen on the Summit website: www.Africities.org

The Migration Day recalled the crucial role of local and subnational governments in managing migration; and the urgent need to make them stakeholders in the negotiation of the Global Compact on Migration, which must be concluded at the United Nations Conference on Migration, due to take place between December 8-11, in Marrakesh.

Climate Day emphasized the urgency of involving local and subnational governments in the implementation of the Nationally Determined Contributions (NDCs) under the Paris Agreement on Climate Change, and even considering Locally Determined Contributions (LDC’s) if, as is desirable, local and subnational governments plan to participate in the Paris Agreement ambitions to limit global warming to 1.5 degrees by the end of the century with respect to the pre-industrial period. In this context, the localization of NDCs is essential and UCLG Africa is asked to develop and implement a capacity-building program for its members, so that they have a climate plan and are able to prepare applications that are eligible for the Green Climate Fund (GCF). UCLG Africa is also asked to broaden the scope of its Climate Task Force to spearhead the climate action of African local governments. A Declaration was adopted at the end of the proceedings of the Climate Day.

The Urban Planning Day focused on urban planning as a basic tool for transitioning to sustainable cities and territories. It reiterated the importance of setting up urban agencies to monitor the dynamics of urbanization and to put in place a framework for dialogue between all actors to define the allocation and policies around the use of urban space in respect of ecological constraints. The day resulted in the signing of eight partnership agreements between 14 African cities in Morocco and their sisters in Cote d’Ivoire, Benin, Senegal, Uganda, Tunisia and Cameroon, with the technical support of the Association of Urban Agencies of Morocco, the Moroccan “Al Omrane” Holding, the United Cities and Local Governments of Africa (UCLG Africa), and the United Nations Program for Human Settlements (UN-Habitat).

Partnership agreements for urban planning and the establishment of urban agencies have been entered into between: the cities of Dakar  (Senegal) and Rabat (Morocco); Abidjan (Côte d’Ivoire) and Casablanca (Morocco); Yaoundé (Cameroon) and Marrakech; Jinja (Uganda) and Essaouira (Morocco); Sousse  (Tunisia) and El Jadida; Rufisque  (Senegal) and Dakhla; and Abomey (Benin) and Al Hoceima.

The Summit highlighted two key players, without whom the transition to sustainable cities and territories cannot be envisioned in Africa:  they are women and youth. 25 percent of Summit sessions were dedicated to gender issues, including the fight against violence against women; and the economic empowerment of women.

The Youth Forum  – Twenty young people aged 16 to 35 were selected on the basis of a call for ideas to participate in a Creative Lab on the theme, “Imagine your city and imagine Africa in 2030 and 2063“. These young people were invited to submit their projects to the delegates of the Summit, using the Africities new innovative voting platform, of which three projects would be awarded. The following three projects were the successful recipients of the Creative Lab awards:

First prize: Yvette Ishinwe, from Rwanda, for her project on the use of new technologies for optimal use of drinking water at standpipes (Iriba tap and drink innovation);

For the small towns category  (less than 20,000 inhabitants), the winner was the Municipality of Ndiob (Senegal) for the implementation of its “green and resilient commune” project;

For the category of cities and territories of intermediate size (between 20,000 and 200,000 inhabitants), the laureate is the City of Chefchaouen in Morocco, for the realization of its “Energy Info Center”.

For the category of cities and large territories, the laureate is the Tivaouane Departmental Council (Senegal) for the implementation of its project “Preserving a sustainable agricultural environment”.

The Projects and Partnership Exchange Forum  – The Africities Exhibition gave the opportunity to effectively organize 150 B2B appointments out of the 512 requested by the delegates, who came from 44 countries. These B2B appointments led to 129 requests for partnerships, 40 proposed solutions to problems that delegates deemed urgent, and 39 projects identified as needing immediate implementation.

Stands presenting the most innovative offer:

Stands with the best design:

These awards were announced at the awards ceremony during the closing Gala Dinner held on November 24, 2018 at 20:00 in the Menara Gardens in Marrakech.

Delegates paid tribute to King Mohammed VI of Morocco for agreeing to grant his High Patronage to the eighth edition of the Africities Summit and thanked the Government of Morocco, the Moroccan Association of Presidents of Communal Councils, and the City and administrative authorities of Marrakech who made every effort to ensure that the Africities Summit took place in excellent conditions.

The call was made for the ninth edition of the Africities Summit, scheduled for 2021, to be hosted by Kisumu, Kenya.