SoccerTalk By Mumini Alao:
JUST WHEN the good times are returning to Nigerian football, some disgruntled elements appear bent on causing disaffection within the system for their own selfish ends. That was my interpretation of the FAKE NEWS that was circulated in the media on Tuesday, 19 September, 2017 to the effect that Nigeria Football Federation (NFF) sponsors, the oil and gas outfit, Aiteo Group, were allegedly considering a review of the partnership purportedly because they were not deriving the benefits promised by the NFF.
Less than 24 hours later, my hunch was confirmed when Aiteo firmly debunked the fake news and reaffirmed their commitment to the sponsorship deals with the NFF. In a statement signed by their Senior Manager, Corporate Communications, Ndiana-Abasi Matthew, the company declared that: “The deal (with the NFF) is effective for five years and we have no plans to renege on our decision.” The firm also praised the NFF for “its management and execution of its national team objectives within the short term of our relationship.”
Shame to bad people!
The internet and social media have liberalized access to mass media publishing. One of the major downside of this liberalization is the proliferation of unverified content (a.k.a. FAKE NEWS). People just sit in front of their computer or flip out their mobile devices and fabricate “news” which they circulate instantly.
Despite this misuse, the internet and social media will continue to be a source of news, either fake or real. The challenge is for professional media practitioners to show greater discretion in differentiating credible news from half truths and outright lies so that they do not mislead their audience or tarnish the image of the people and organizations that they report.
The fact that such a sensitive story was attributed to a faceless, “anonymous Aiteo official” should have rang some alarm bells. Let’s hope its another learning curve for all concerned.
Aiteo’s sponsorship is one of the best things to happen to Nigerian football in a long time. The company guarantees the salaries of all national team coaches, (one of the most sticky issues in our football) for five years and also sponsors the FA Cup (renamed Aiteo Cup) which had been without a sponsor for several years. 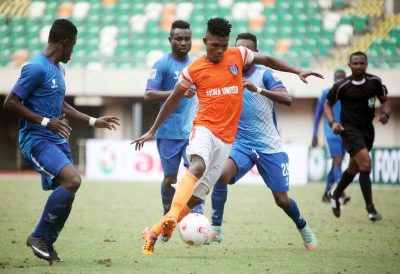 Anyone who truly loves Nigerian football should be looking to protect the Aiteo/NFF partnership rather than truncate it. Whoever manufactured that divisive story about a non-existent rift must have a rethink.
Contrary to the impression created that Aiteo were not getting good mileage for their sponsorship, a mere observation of the media and public discourse tells a different story. Not many Nigerians (including this writer) had ever heard about the company before they commenced their partnership with the NFF. But now, the name rings a million positive bells whenever its mentioned.
Also, the Nigerian media has been quite cooperative in immediately adopting “Aiteo Cup” as the new name for the FA Cup. I remember that a particular telecoms company was not that lucky with the media when it started sponsoring the domestic football league many years ago. Some radio stations demanded to be paid before they would say the company’s name on air as title sponsors of the league.  However, the matter was later resolved.
The global practice is that sponsors buying a sports property usually have an activation/publicity budget set aside. In fact, in many cases, sponsors engage marketing communications consultants and even spend more on activation/publicity than they spent on acquiring the property itself because it is from the activation/publicity that they derive their benefits in terms of patronage, public goodwill, top of the mind awareness, etcetra.
Whatever it is, Aiteo’s strategy for activation/publicity of its NFF partnership can be enhanced. But even as it is presently, the company has not done badly at all. The public goodwill and awareness for the Aiteo brand is massive. It can only get better.
The Super Eagles are on the verge of qualifying for the 2018 FIFA World Cup after annihilating our perennial rivals Cameroon over two legs last month. As I write this, the home-based Super Eagles had also just beaten another of our eternal rivals, Ghana, 2-0 to qualify for the semi-final of the West African Football Union (WAFU) Cup taking place on Ghana’s soil.
These type of victories bring a lot of joy to millions of Nigerians and Aiteo can be proud to be a part of those making it happen by paying the national coaches their salaries on schedule. When the Eagles finally wrap up the World Cup ticket and the Aiteo Cup also enters the final stages, the company can only receive more positive vibes from soccer-loving Nigerians.
I say thank you Aiteo for shaming the saboteurs and purveyors of fake news with your timely rebuttal. I’m sure that the Nigerian people appreciate your interventionist role in our football. 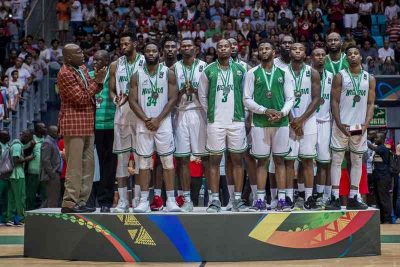 Nigeria’s Afrobasket Double
BARELY a month after the Nigerian women national basketball team D’Tigress won the African Championship (Afrobasket) for Women in Bamako, Mali, the men’s team, D’Tigers last weekend also emerged runners-up to co-host country Tunisia in the Afrobasket final for men.
Gradually, we’re beginning to cement our place as a force to be reckoned with in African basketball. I hope the warring factions in the Nigeria Basketball Federation (NBBF) will sheat their swords and work together to translate these continental achievements to global recognition.
Read Also: Pinnick Inaugurates AITEO Cup Competition Committee
Copyright © 2020 Completesports.com All rights reserved. The information contained in Completesports.com may not be published, broadcast, rewritten, or redistributed without the prior written authority of Completesports.com.