An appraisal of the Hibernian who has had their loan deal upgraded to permanent contracts and those bought outrightly from other clubs was done by Edinburgh-based publication, Edinburgh Evening News.

The performance of each player since signing permanent deal with Hibernian last summer was rated out of 10. 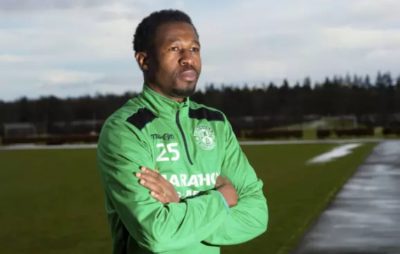 According to Edinburgh Evening News , Ambrose who has played all Hibernian 23 Scottish Premiership games this season, was rated nine.

A statement concerning Ambrose’s performance reads: “Couple of iffy games aside, he’s (Ambrose) been excellent in the centre of defence. Less so at right-back.