Arsenal have confirmed that they have completed the signing of Sampdoria midfielder Lucas Torreira for an undisclosed fee.

The Gunners  have been heavily linked with the player for the past few weeks  but a deal has been held up due to Uruguay reaching the 2018 FIFA World Cup quarter-finals.

Things however sped up following Uruguay’s elimination from the World Cup four days ago.

“In Lucas Torreira, we have signed a young player who is a very bright talent in the game. A midfielder with great quality, I have enjoyed watching his performances for Sampdoria in the past two seasons, and we all saw him do very well for Uruguay in the World Cup,” 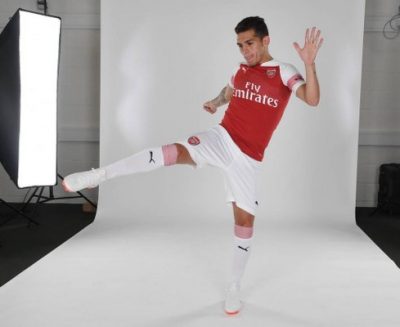 “He is a young player already with good experience, but who wants to keep on growing. We welcome Lucas to Arsenal and look forward to him joining us soon for pre-season.”

Torreira will not link up with Arsenal until next month following a period of rest after the World Cup.