Arsene Wenger: A Tribute To EPLs Most Successful Foreign Manager Arsene Wenger is one of the most successful football managers in the world. He is considered to be the one to revolutionize English football, due to the successes and to the failures he has overcome over the years. Arsene French, but he still is the manager of Arsenal Football Club, since 1996. His skills are amazing, and that is why during the management of Arsene, Arsenal has been having the most number of titles won through all of these years, which is incredible.

Arsene is only following the footsteps of his father, that was also a manager of a local small team. However, Arsene got lucky and got hired by a superb football club. He has a nickname of “The Professor” from the French and also from the English media, because of the tactics he uses and because of his demeanor. 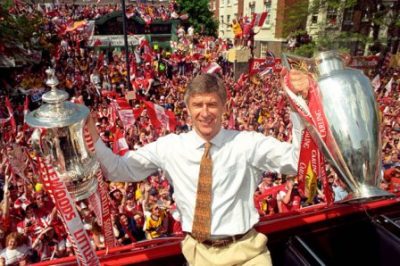 Everyone loves his tactics. When he started coaching, he would advocate the formation of 4—4-2, since that would be the way that the team would cover the most space on the field. He believes that his players should be free to play on the field, that’s why he allows them to follow their intuition during a match, because he thinks that when a player makes a mistake, he can learn from it, not repeating it in a future match anymore. This is something he has been highly criticize for, but also highly praised, especially because this is not common.

Wenger is definitely a controversial manager, because he has an amazing ambition and always had, which is why he has come such a long way, especially nowadays. He conquered the goal of getting to coach an incredible team, but something he also desires on a team is them having fun, giving the audience a show, which is great nowadays due to the possibility of betting online, especially when a team demonstrates to attack but never scores. However, Arsenal has the reputation of winning most games they play at.

When it comes to players, Wenger has an amazing way of turning a normal player that any team has, to an incredible one that only the major teams have, which is a huge difference. He has helped many players like Patrick Vieira, Thierry Henry, Robin Van Persie, Francesc Fàbregas and many others. They have become world-class players thanks to Wenger and his coaching. 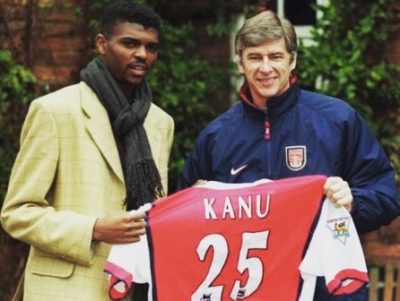 He knows what he is doing in every way when it comes to Arsenal. He is a superb strategist and there is an example. Nicolas Anelka was transferred from Paris Saint Germain for just 500£ thousand and when two years later Madrid wanted the player, he was transferred for the incredible amount of 22.3£ Million.

Related: Wenger: I Wasn’t Tired, I’m Leaving Arsenal Because Of Some Fans

He will leave a big vacuum in Arsenal that very few managers can fill. Though he left due to pressure from fans, there are also many people who love Wenger and how he coaches. He is definitely controversial, but always in a good way.