AS Roma: Why We Formed Partnership With Nigeria’s Super Eagles Italian Serie A side, AS Roma, have revealed the reason for adopting the Super Eagles of Nigeria as their favourite team at the 2018 FIFA World Cup in Russia, reports Completesportsnigeria.com

Former world champions, Italy’s failure to qualify for the global soccer fiesta following their playoff defeat to Sweden left fans of the Azzuri devastated with Serie A giants, AS Roma opting to root for the Super Eagles for the FIFA World Cup in Russia.

AS Roma’s media department takes up the story as published on the club’s official website on Tuesday:

Rather than settled for Italy’s absence, notoriously creative Roma found an unlikely new team to support in the Super Eagles.

The start of the teams’ relationship dates back to Roma’s upset of FC Barcelona in the Champions League last spring.

Following the win, a video of Nigerian radio presenter Mark Otabor calling the match’s final minutes went viral on Twitter and caught the eye of the Roma.

Blown away by the passion, Paul Rogers, Roma’s head of digital and social media, remembers that as the minute the club decided to support Nigeria in the World Cup. 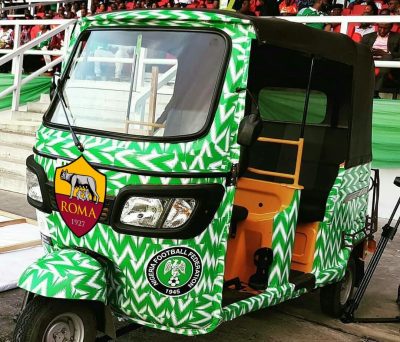 “Even Jim Pallotta, the club’s owner, was blown away by the passion from Mark in the video and [he] actually emailed him personally to thank him and wish him luck with his work,” he said.

From that day on, Roma was Nigeria’s biggest fan and started to post content supporting the national team on its social channels. The club, which is known for its quirky social media personality, saw instant engagement and results from its Nigeria-focused content.

“The humor we used seemed to really work with the Nigerian fans, and just as we adopted the Super Eagles, fans in Nigeria started to adopt Roma as their Italian team,” explained Rogers.

Culture, music, and fashion are all huge parts of Roma’s brand. The club tapped into this in its support of the Super Eagles, remixing the Nigerian team’s viral World Cup kit with Roma’s new kit.

As Roma’s support for the Super Eagles grew on the club’s own channels, a close contact of Nigerian president Muhammadu Buhari reached out to thank them for their support and introduce them to the media team at the Nigerian FA. 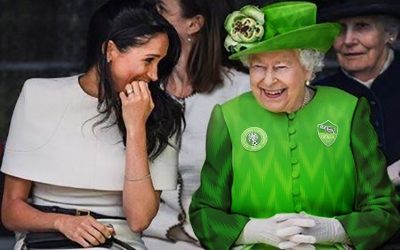 “As a small way of thanking all the Nigerian fans who had shown us so much love, we initially offered to take a look at Nigeria’s official accounts on Twitter and Instagram and see if we could make any recommendations that could help their social media team ahead of the World Cup kicking off,” said Rogers.

“[Soccer] on social media is a very visual experience but it can be hard to create great graphics that are consistent on the fly,” explained Rogers.

“Nigeria’s graphics were OK but they felt a little bit flat when you compared them to the energy of the team and the amazing kit that had taken the world by storm.

“We wanted Playing Surface involved for two reasons. One, their graphics are very creative, and two, their system is built for live football coverage, so even if you don’t have a big staff covering matches or you have to cover multiple platforms in real time, their content management system is both easy to use and really quick.” 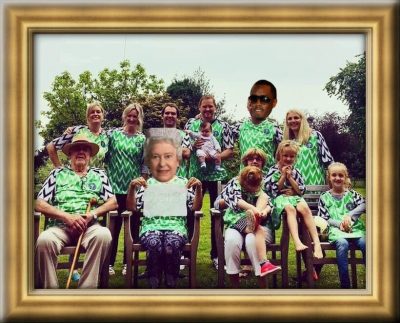 With less than a week to go before the World Cup, Roma got them on board and from there, the club, federation, and Playing Surface were all communicating on a daily basis ahead of the tournament.

Rogers emphasizes that Roma’s involvement in the Super Eagle’s brand refresh, which, with the help of Playing Surface, led to higher engagement across its accounts, was separate from its support of the Nigerian national team.

In fact, despite publicly supporting the Super Eagles, the club kept its involvement in working with the Nigerian federation a secret until weeks after the World Cup.

“We didn’t do it for publicity, we just did it because we became very passionate about the Super Eagles,” said Rogers.

The teams’ fan bases are similar: both are active and have “a fantastic mix of extreme passion, crazy fanaticism, and funny humor,” according to Rogers.

The synergy between the two is so strong that a conspiracy theory has spread suggesting that Roma’s social media admin is actually Nigerian because he or she tweets like a Nigerian.