Arsenal striker Pierre-Emerick Aubameyang has stated that the club had “stagnated” under Arsene Wenger who resigned at the end of last season after 22 years. 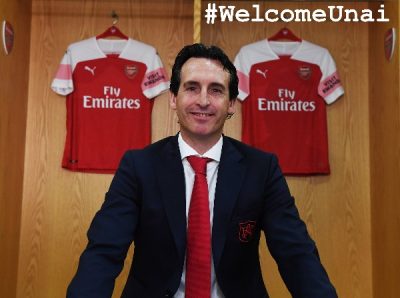 Arsenal finished a disappointing sixth-place in the Premier League this season and have now failed to qualify for Champions League for two seasons on the bounce.

Speaking to French radio station RMC, Aubameyang who joined Arsenal in January of last season, expresses his happiness with Emery’s arrival as the club look to the future.

“He’s really a good coach,” Aubameyang said. “In Paris, it’s never very easy. There’s a huge amount of pressure… I know he did really good work with Sevilla and with PSG too.

“I think it’s a little bit of a mixed feeling, in fact (on Wenger’s departure). On one hand, it’s strange for all the fans that the coach has left. But it’s definitely a fresh start.

“Since over the last few seasons — you have to tell the truth — the club has stagnated a little bit, I think everyone is actually a little bit excited to see what happens next season.”

The Gabon international, who has scored 10 goals in 13 Premier League games, adds that it would feel strange now that Wenger is no longer at Arsenal.

“It is strange that the coach has left after 22 years. But that’s life — we have to look forward. It’s going to be a new start so we’ll have to see how it goes… everyone will have to get it into their heads that we have to work hard to rival the best.” 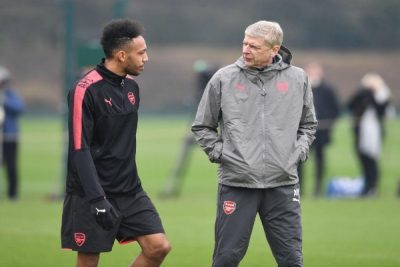 Aubameyang also reiterates his preference for playing with a strike partner.

“I think everybody knows that I like playing through the centre. I hope that we can play with two attackers — that would be ideal. But if the new coach needs me on the wing, there’s no problem,” he said.