Lugo are currently 12th in the Spanish second division table with 54 points from 39 games seven points off the promotion play-off position.

And with three games left to play in the current season, the 25 year old says Lugo must win their remaining matches and hope their rivals falter in order to qualify.

“It has been a good season for everyone, including the technical staff in which we have worked hard,” Azeez said told CD Lugo website ahead of their Monday’s clash against Huesca. 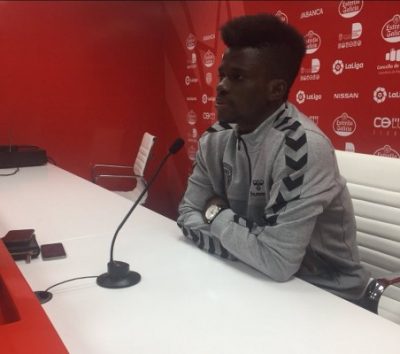 “The game against Huesca will be very hard because they are a great team but we must work hard to beat them.”

Huesca are currently second in the table with 72 points from 39 games.

“We prepare for every game with the motive to win it and we will do in the remaining three matches.” We want to do as much as possible to boost our chances.”

Azeez who was a member of Nigeria’s squad to the 2014 FIFA World Cup in Brazil has made 38 appearances in all competitions scoring twice.