France midfielder, Tiemoue Bakayoko, has completed his loan move from Chelsea to AC Milan, including a €35m purchase option.

“The 23 year-old joins the club on a loan deal with an option to make the move permanent.

“Born 17th August 1994 in Paris, Bakayoko’s career started in his native France with Rennes before taking him to Monaco and Chelsea.

“The midfielder has two major honours to his name, winning the league title in 2017 with Monaco and then the FA Cup with Chelsea the year after.

“Bakayoko will be unveiled to the media in a press conference on Friday August 17th.” 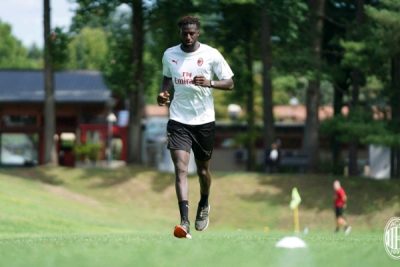 He was, however, to find the going tough in England and began to see his form and ongoing presence in the side questioned.

Maurizio Sarri deemed him surplus to requirements since inheriting the managerial reins from Antonio Conte at Stamford Bridge.