By Dare Esan:
Super Eagles duo of defender Leon Balogun and midfielder, Joel Obi will have a baptism of fire this weekend as they both set to make their debut for their respective clubs in England and Italy.

Balogun joined English Premier League side,Brighton on a free transfer from German Bundesliga side, Mainz 05 this summer and sat on the bench for the entire duration of his new club’s first league game of the season, a 2-0 loss at Vicarage Road to Isaac Success’ Watford.

The Nigerian will thus be hoping he gets to play on Saturday when Brighton host Jose Mourinho’s Manchester United at the Falmer Stadium. And it will be interesting to see Balogun employing his German steel style in shackling United’s dare-devil forward, Romelu Lukaku. 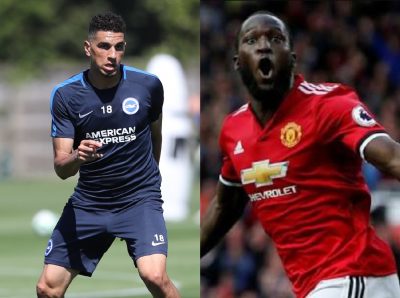 The Seagulls, managed by Chris Hughton will take inspiration from their 1-0 defeat of the Red Devils last March in their reverse premier league fixture after losing at Old Trafford by the same scoreline in November 2017.

At the Stadio Marc’Antonio Bentegodi in Verona, Joel Obi will also hope to make his debut for his fourth Serie A club,Chievo Verona following his switch from Torino just last week.

Obi who will seeking to make his 111th appearance in the Serie A will have to contend with the rampaging moves of Juventus new signing,Cristiano Ronaldo.

The Nigerian has scored seven times in 110 Serie A games with five of those coming last season with Torino.