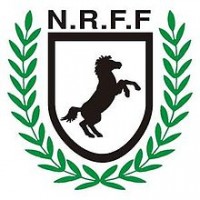 Barewa Rugby Club of Kano defeated Cowrie Rugby Club of Lagos 8-7 in 2016 final at The Old Parade Grounds in Abuja to win the Presidents’ Cup National title. They will meet again this weekend, Saturday 15 December at 2pm in a highly competitive National Rugby final match at the Mainbowl of the National Stadium Surulere, Lagos.

The match promises to be exciting and crunching as the two teams once again seek to establish dominance in the Nigerian Rugby Union League.

Cowries Manager; Dele Coker has plenty of talents at his disposal, and as a result it is no surprise to see Cowries retain the Lagos League for the seventh year running. Very few squads in the country can boast as much talent, and against both Racing and Police in the Lagos League, they showed excellent composure and a clinical edge.

Barewa too know all about being clinical having won the Northern League four seasons in a row and National Championship last year. the Martin Crawford tutored team are in this case, the much younger side.

No other clubs in Nigeria has more home based players in the Black Stallions squad than these two teams, all players with realistic chances of maybe starting in any game for Nigeria, and Coach Bronson Weir will be hoping to tap into that ruthless streak so often seen from Cowries and Barewa in recent times.

Barewa’s Northern Zone semi-final win over North Central champions Plateau Bulls of Jos was a masterclass in decoy runners and delayed passes producing an 81-0 scoreline to set up this final with Cowries who walked over South South/ South East champions; Rocket Bulls of Edo.

Meanwhile, Prop Sunday Bassey will be alongside Chijioke Emmanuel in the Cowries front row with Samuel Ekpo continuing at flank.

Young scrum-half Hassan Mohammed starts against his old side as he partners Hassan Rilwan, whilst at centre, Onoru Jatto captains the side partnering Christian Ogar. In the back-three, Daniel John on the left wing to join Alfred Oche (right wing) and National captain Azeez Ladipo at full back.

Players to watch: Showing just how far he has come in terms of composure in recent times, Barewa’s Nuhu Ibrahim and Joshua Etim can make the difference against Cowries and the Barewa number thirteen will need to be as accurate as possible when points are on offer to get Barewa in front.

Cowries meanwhile will be hoping for more deadly finishing out wide from Black Stallions wing man Alfred Oche and a they will also depend on their powerful forwards to produce top performances on the day.

Prediction: Barewa feel a better side and are more confident of retaining their title, approaching the match this time calmer and more assured. But Cowries are in for a revenge mission, they can handle anything and have the ability to grind teams down. Which could mean heartbreak for Barewa.

Apple vs. Epic Lawsuit Resolved? 3 Ways You Can Prepare For Fortnite’s Return To The App Store