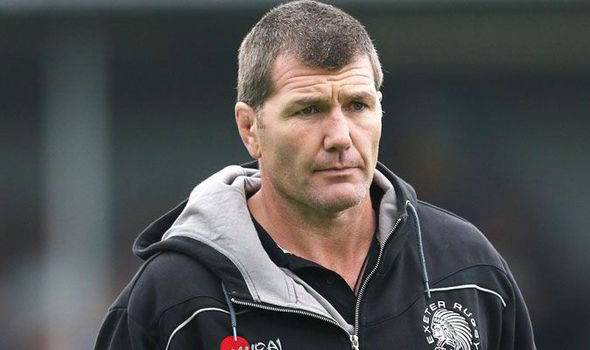 Exeter boss Rob Baxter was delighted to see his side come away from Newcastle with a hard-fought victory on Friday night. The Chiefs secured a 24-17 triumph at Kingston Park which sees them sit at the top of the Premiership table with 19 points from four games played.

Sam Simmonds notched a brace of tries while fellow back-row star Matt Kvesic was also on the score sheet, but it was far from plain sailing as the Falcons’ Zach Kibirgie and Johnny Williams also touched down.

The South West outfit now lead second-placed Saracens by four points and Baxter felt it was a significant victory over a side who are tough to beat on their own patch.

“We’ve come to a team who were top four last year and we’ve won away from home,” he said. “In the dying minutes there was still a bonus point there for us to try and get, but overall I am a big believer that away wins in the Premiership are precious things and you should cherish them when they come along.

“As we know, you have to work hard for those wins, but personally I don’t mind that. Newcastle have a good home record and they are an ambitious side who are trying to knock over big teams.”