Belgium manager, Roberto Martinez, says his side will go all out for a win in Saturday’s third-placed playoff of the 2018 FIFA World Cup in Saint Petersburg, Russia.

The two sides had faced each other earlier in the tournament with Belgium winning it 1-0 in their final group game despite making many changes to their side.

Victory for Belgium would see them record their best-ever finish at a World Cup, and Martinez is eager to end the campaign on a winning note.

“It will be the same tactical game. There are no secrets between the two sides. England are dynamic and very quick,” Martinez told reporters at his pre-match press conference.

“They have scored nine goals from dead-ball situations and that is going to be a good test for us. We are on a journey and we need to learn from the games we have played. It is essential for us to perform tomorrow. 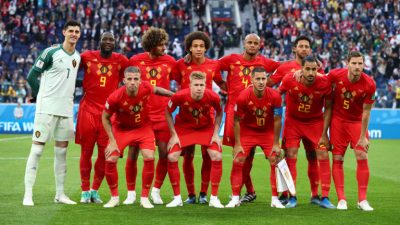 “When you finish the tournament you carry the feeling of the last game. It has been an incredible experience and I think everybody in Belgium deserves that winning feeling at the end of the tournament.”

Belgium are the top scorers at this World Cup with 14 goals from nine different players.