BELOW AVERAGE: How Super Eagles Rated Vs Croatia 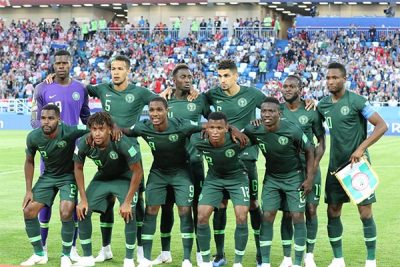 FRANCIS UZOHO 6/10
Conceded twice in the game but made a couple of Good saves too. Not a bad debut World Cup appearance for the young goalkeeper despite the Super Eagles’ not too impressive performance.

SHEHU ABDULLAHI 4/10
Had a torrid time coping with the pace of Ivan Perisic and did little to help the attack. Certainly a tough World Cup debut for the Bursaspor of Turkey defender who posted a below average showing.

LEON BALOGUN 5/10
Shrugged off injury to start the game and did well to help curtail the Croatian’s key men despite the disappointing result.

WILLIAM TROOST-EKONG 4/10
Had a decent game until he had a brain freeze and conceded the penalty that led to Croatia’s second goal scored by Luka Modric. 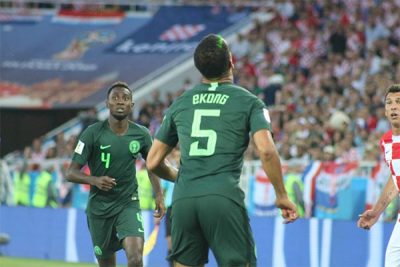 BRYAN IDOWU 5/10
Started the game brightly but switched off afterwards. Never really combined well with Alex Iwobi on the left side of Nigeria’s attack.

WILFRED NDIDI 5/10
The Leicester City forward did do much to impress in the game. Guilty of passing the ball backwards instead of initiating attacking moves and did not break up play enough.

OGHENEKHARO ETEBO 7/10
Got the nod to start ahead of John Ogu in midfield and did do his chances any harm despite conceding an unfortunate own goal. He used his power and aggression well in the game.

MIKEL OBI 5/10
Struggled at times to cope with the pace of the game but showed some nice touches on the ball. He did not provide the leadership the team desperately needed and did not do enough to either support the attack or the defence.

ALEX IWOBI 4/10
A disappointing display from the Arsenal man who was hauled off for Ahmed Musa in the 62nd minute. He was ineffective on the left flank.

VICTOR MOSES 6/10
Was Nigeria’s best attacking outlet in the game, especially in the fist half. He put the Croatia’s defence under pressure and was unlucky not to get a goal. He however fizzled out in the second half.

ODION IGHALO 4/10
He was completely isolated upfront and looked far from his best. Playing in China seems to have slowed him down a bit.

AHMED MUSA 4/10
Came in for Alex Iwobi and like the man he replaced, Ahmed Musa was not able to affect the game positively.

KELECHI IHEANACHO 5/10
Added more bite and urgency to the team’s attack following his introduction but his late contribution couldn’t alter the scoreline.