Crystal Palace striker Christian Benteke has been dropped from Belgium’s 23-man squad released on Monday ahead of the 2018 FIFA World Cup.

Benteke’s omission was reportedly due to injury. Romelu Lukaku’s younger brother Jordan was also excluded, along with Watford’s Christian Kabasele.

However, Manchester City skipper Vincent Kompany was included in the squad despite going off with a suspected injury in Belgium’s friendly against Portugal a few days back.

Former Manchester United youngster Adnan Januzaj, who missed out on a place at Euro 2016 after a difficult season, is back in the squad and will play in his second World Cup.

Belgium are in Group G at this summer’s World Cup and will face England, Tunisia and debutant Panama. 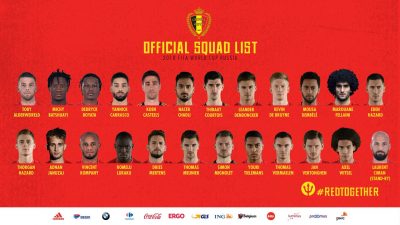