Biffo: Katsina United Will Play To Get Something At Plateau United Katsina United head coach, Abdullahi Biffo, says they are not scared of coming up against Nigeria Professional Football League champions Plateau United in today’s matchday 19 encounter and is positive his side will get a favourable result from the game.

The Changi Boys sit in second position in the table six points behind leaders Lobi Stars.

A win or draw at the New Jos Stadium will see them maintain their position in the top half table and Biffo believes they can earn  a good result from the ground where they were thrashed 3-0 last season. 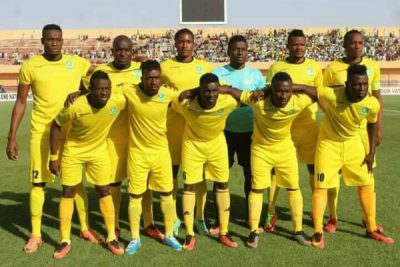 “Yes, we are playing the league champions and we are aware that they are a good team. So, we will play to get something from Jos,” Biffo told the club’s official website.

“I have told my boys that there will be no room for complacency as every game is now important to us.

“League champions or not,  we are going to Jos to play good football and see if something positive will follow us back to Katsina.

“New Jos Stadium is no longer a strange ground to us, we have gone there and scored a goal against Wiki Tourists. Therefore, we are not afraid of anything.”