Croatia great and FIFA Deputy Secretary General, Zvonimir Boban hopes that his country will be the surprise package at the 2018 FIFA World Cup in Russia.

Boban, 49, was a member of the Croatian side that finished third at France 1998 World Cup despite being their debut.

Since their impressive outing at the France’98, Croatia have not done well at the World Cup. They crashed out in the group stage at Korea/Japan 2002, Germany 2006 and Brazil 2014. They failed to qualify for South Africa 2010.

Croatia are in Group D with Argentina, Nigeria and debutant Iceland.

Boban who was in the AC Milan squad that thrashed Barcelona 4-0 in the 1994 UEFA Champions League final, told FIFA.com: “The World Cup is always something special, particularly emotional and unique, so there will be the underdogs who will do something great for their country, probably from small countries—I hope that it will be my Croatia obviously!” 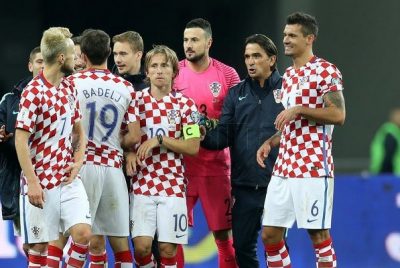 Boban describes the FIFA World Cup as a unique global tournament compared to other sporting events.

He stated: “What we’ll see there (Russia 2018) is something you can’t see or feel in other sports. It’s all the world in one place with a million or billion colours we might see with incredible passion for their countries, their teams and players. It’s not easy to describe the World Cup.”

And reflecting on how he prepared for the 1998 World Cup, Boban said: “During the preparation time, I was full of concentration, full of emotions. You’re preparing yourself for something that’s always historic, whether you’re defeated or you win. Whatever happens, you’re taking part in one piece of history.”