No prizes for guessing which adjective I will use to sum up the 2014 FIFA World Cup in Brazil: It’s Magnificent!

Most of the 64 matches were of very high quality. They were very entertaining (e.g. Belgium versus USA), absorbing (Brazil versus Chile) and full of surprises (Holland 5, Spain 1). There were several dramatic endings (Cote d ‘Ivoire 1, Greece 2) and shock results (Germany 7, Brazil 1) all adding up to produce an unforgettable spectacle.

In terms of records, the 171 goals scored in 64 matches tied the previous goals record set at France ‘98 while the 3.4millions fans attendance is second only to the 3.5million set at USA ‘94. FIFA also topped its previous cumulative revenue set at South Africa 2010 just as Germany became the first European country to win the World Cup on South American soil.

I was rooting for Argentina last Sunday. Before kick-off, I tweeted that “my head tells me it’s Germany’s trophy, but my heart beats heavily for Argentina” because of Lionel Messi. My head won.

Germany fully deserved their win. They bossed possession for large swathes of the game,
pinned Argentina into their half of the pitch and kept Messi quiet. And when their chance came deep into extra time, Super Mario showed great composure and technique to chest the ball down and volley it home in one sweet move.

Juxtapose that decisive moment with the three golden chances that Argentina frittered away earlier and the South Americans simply cannot complain about their defeat. Gonzalo Higuain, Messi and Rodrigo Palacios had one-on-one opportunities to beat German goalkeeper Manuel Neuer but none of them could even hit the target, much less draw a save from Neuer.

If you can’t hit the target with those chances that Argentina had, you don’t deserve to be world champions.

The match stats showed that Argentina did not manage a single shot on target in 120 minutes which was pathetic. Even the normally clinical Messi was culpable. His last minute free-kick that sailed miles over the bar summed it all up. Argentina didn’t deserve to win the World Cup just as Messi didn’t deserve the player of the tournament award that he later got from FIFA. 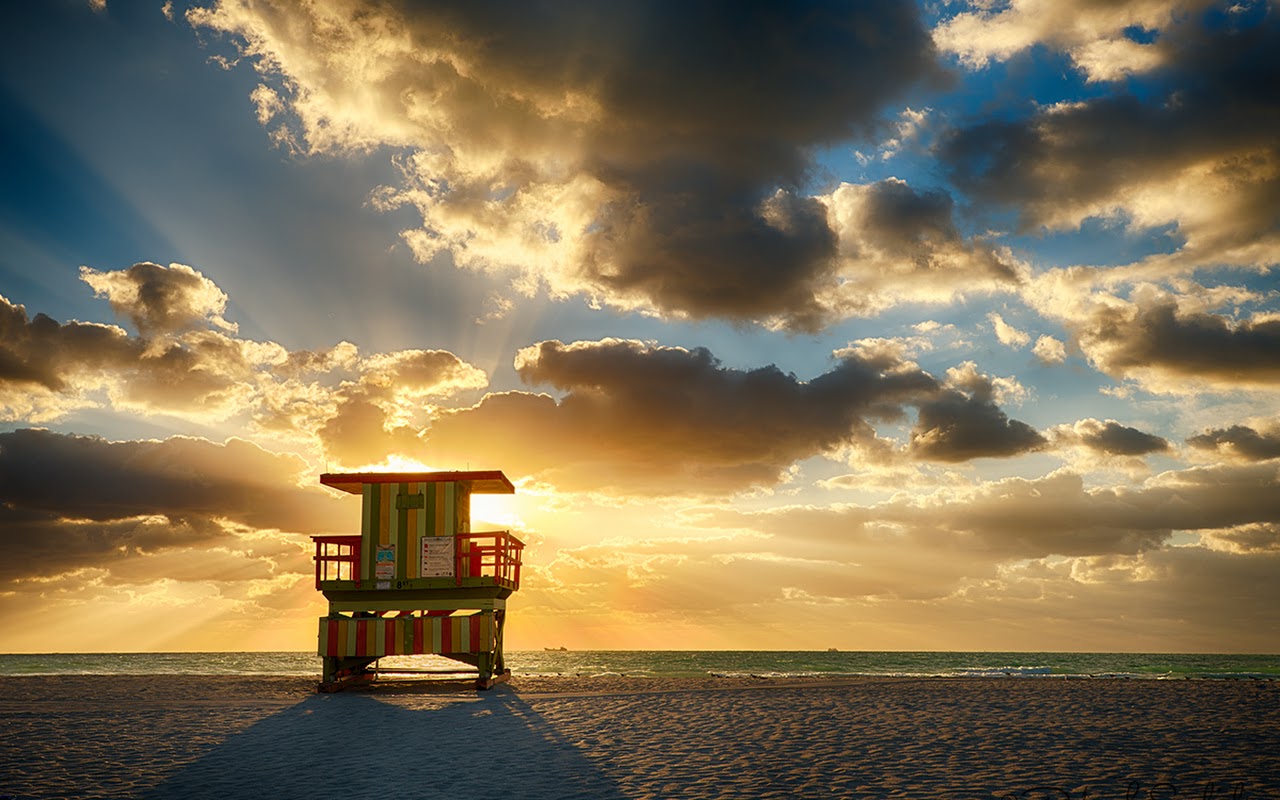 HOST country Brazil were even much less deserving of the title following their dramatic collapse in a record 7-1 semi-final thrashing by Germany and another comprehensive 3-0 defeat by The Netherlands in the match for third and fourth places. As each one of those 10 goals bombed into the Brazilian net, it was like a hot knife was being driven into the hearts of 200million people all at the same time.

The streets of Belo Horizonte (venue of the semi-final “holocaust”) and Brasilia (site of the destruction by the Dutch) and other Brazilian cities remained empty after the double humiliation. There were no fire-crackers. The whole country was in mourning.

The cold fact is that the Brazilian team wasn’t good enough. Coach Felipe Scolari kept faith with the players that had performed brilliantly in winning the Confederations Cup last year. But the likes of Fred and Hulk were such a huge disappointment at the World Cup and Brazil were actually lucky to have reached the semi-finals where they were ruthlessly exposed by the Germans.

A lot has been said about the impact of Brazil star player Neymar’s injury-enforced absence and captain Thiago Silva’s suspension. My view is that both players may have altered the scoreline slightly in Brazil’s favour but Germany would still have won.

However, I shared in the pains of Brazilian fans because they have been such magnificient hosts. After the pre-tournament street protests which put many of us visitors on the edge as we arrived for the World Cup, our hosts turned around to shower us with great hospitality in every city that I visited.

On my return flight to Nigeria, I was lucky to be seated beside Rachel Duarte, a chatty Brazilian lady who gave me an opportunity for one last interview. Rachel spoke Portuguese, English, German and a bit of French, Italian and Spanish and she was on her way to, wait for it, Germany (!) on vacation.

“I was against the World Cup at the start because it was costing us so much money that we
could have used to provide welfare for the people,” she said. “But when I started meeting many interesting people from all over the world, I thought hosting the competition wasn’t a bad idea after all. It has been absolutely amazing.”

Evidently, most Brazilians share Rachel’s view because there were no reports of molestation of visitors, except a few incidents of the traditional football thuggery at some venues. But if you ask Brazilians whether they want to host another World Cup anytime soon, their answer is NO.

The first time Brazil hosted the World Cup in 1950, it ended in disappointment as neighbours Uruguay carted home the trophy after a 2-1 defeat of Le Selecao in the final match at the Maracana.

Brazilians were hoping to wipe away the tears of 1950 with victory in 2014 but it has ended in a humiliation even greater than they experienced 64 years ago. It is not likely that Brazil will be bidding to host the World Cup again at least for the next century. All their five world titles were won away from home and they will be chasing the sixth to Russia come 2018.

In the meantime, it’s the turn of the Germans to reign, thanks to the magnificent goal by
Super Mario!

APART from Mario Goetze’s cup-winning goal, there were a lot of other magnificent moments
for me at the 2014 FIFA World Cup. Here are a few from my private collection.

BEST GOAL: The chest control, turn and volley goal by Colombia’s James Rodriguez against
Uruguay was sweet to watch. But my goal of the tournament was the “Batman Header” by the
Flying Dutchman Robin van Persie in Holland’s 5-1 annihilation of Spain. The run, the fly
and the lobbed header which left Iker Casillas stranded were synchronized to perfection.

BEST SAVE: American goalkeeper Tim Howard compiled the best collection of saves in one
game before eventually succumbing to a 2-1 defeat to a rampaging Belgium side. But the best save of the tournament for me was Guillermo Ochoa’s SPIDERMAN SAVE against Neymar
when Mexico held Brazil to a goalless draw in the first round. It was magnificent.

BEST GAME: Because of all the travelling, I was not able to see many of the 64 games either live or on television. But amongst the lot that I watched, the Belgium – USA game in Salvador stood out. It was end-to-end stuff although Belgium did most of the attacking and deservedly won.

BEST PLAYER: Even FIFA president Sepp Blatter expressed surprise at the choice of Lionel
Messi as the most Valuable Player (MVP) by the FIFA technical study group. Messi’s compatriot, Diego Maradona, was even more emphatic that his countryman did not deserve it.

BEST AFRICAN TEAM: Algeria survived a tough first round group that also included Belgium,
Russia and South Korea to qualify for the Round of 16 for the first time in their World Cup history. The North Africans then dragged eventual winners Germany to the brink in a very absorbing game in Porto Alegre before losing 2-1. Magnificent. 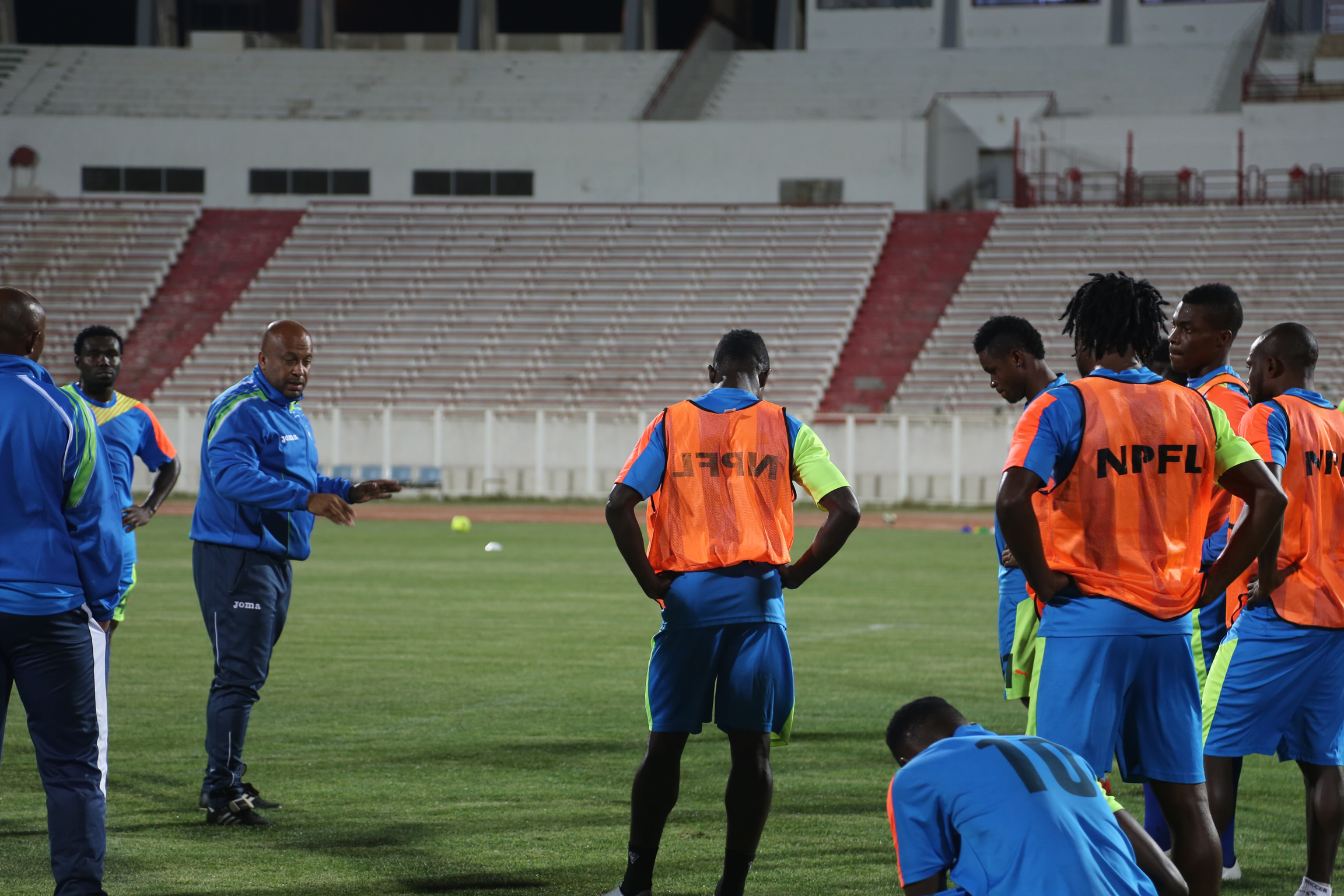 BEST SUPER EAGLE: Nigeria had a number of players that performed creditably despite the team’s glaring limitations particularly in attack. Overall, I was impressed by goalkeeper Vincent Enyeama, (never mind his costly mistake against France which gifted Paul Pogba the opening goal) and the entire defence line of Efe Ambrose, Kenneth Omeruo, Joseph Yobo and
Juwon Oshaniwa.

But my best Nigerian player in Brazil was Osaze Odemwingie. His intelligence immediately shone through when he was introduced as a substitute against Iran in our opening match in
Curitiba. He then initiated and scored the winning goal in the 1-0 victory over Bosnia-
Herzegovina in Cuiaba. He doggedly carried out his defensive duties against Argentina and
France as coach Stephen Keshi consistently deployed safety-first tactics that took a toll
on his strikers. Best of all, Osaze kept his mouth shut despite opportunities to stir up
controversy again. Magnificent.

BEST COMPANION: This is a no contest as it has to be Mr. Kunle Solaja, editor of SOCCER STAR. Having covered the Confederations Cup in Brazil last year, Kunle used his better knowledge of Brazilian cities to great effect and I was happy to tag along as his companion in Brazil. We stayed in the same hotel throughout and travelled together from one city to another.

I also experienced, first hand, Kunle’s “encyclopaedic” memory for dates. He would say: “Today is June 30, 2014. It is exactly 20 years today that Stephen Keshi played his last game for the Super Eagles against Greece at USA ‘94 World Cup.” Magnificent.

BEST MOMENT: Overall, my best moment in Brazil happened at the Congohas Airport in Sao Paulo on July the 1st, 2014. Kunle and I had just returned from Brasilia after the Nigeria – France game the day before. Unfortunately, I misplaced my i-Pad at the airport and a frantic search ensued.

I approached Lusanira, an airport official standing by and she jumped immediately into my case. Moments later, my i-Pad was recovered and returned to me. I couldn’t resist giving

Lusanira a peck on the cheek as relief flooded through my system. “You’re a beautiful angel,” I told her. That was my most touching personal experience at the FIFA World Cup in
Brazil.

With Lisanira, the “angel” who helped recover

my I-pad in São Paulo.