The win saw Wolfsburg finish the season in the 16th position on 33 points, earning them a promotion/relegation play-off spot.

They will now face Holstein Kiel in the play-off in a bid to remain in the top flight. Holstein Kiel finished third in Bundesliga 2. 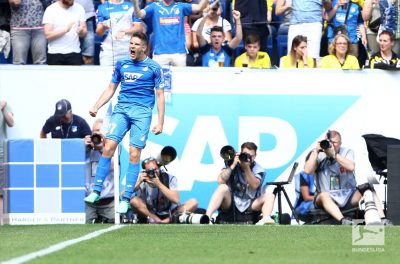 Champions Bayern Munich saw their five-game winning run brought to an end as they were thrashed 4-1 at the Alianz Arena by Stuttgart.

Bayern ended the season on 84 points after 34 games in the 18-team league table.

Borussia Dortmund’s hope of securing automatic qualification to next season’s UEFA Champions League was ended as they lost 3-1 away to Hoffenheim.

Both teams ended the season on 55 points but Hoffenheim edged Dortmund on goals difference.

The defeat means Hoffenheim join Bayern and Schalke 04 as automatic qualifiers from the Bundesliga for the Champions League next season.

Dortmund will try to qualify for the group stage of the UEFA Champions League via the play-offs.

In the race for the automatic spot to the Europa League, Bayer Leverkusen got the nod ahead of RB Leipzig after they defeated Hannover 3-2.

Following Leipzig’s 6-2 away win against Hertha Berlin, they pick up a Europa League qualifying ticket. 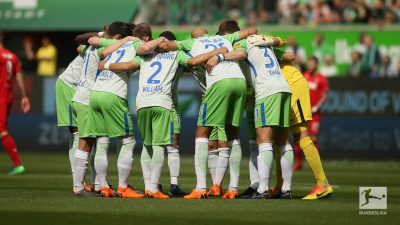 After securing their Bundesliga status, Mainz lost 2-1 at home to Werder Bremen.

Super Eagles defender Leon Balogun was not in action for Mainz while his Nigerian teammate Anthony Ujah, who did not score a single goal in his return to the club in January, was an unused substitute.

And following Wolfsburg’s win against Cologne, Hamburg joined Cologne as the two clubs that were relegated to the Bundesliga 2 despite their 2-1 home win against Borussia Monchengladbach.

This is the first time ever Hamburg will be relegated.