Kenedy scored in the 13th minute of the game which was his first since March 2016. Bashuayi pushed for a place in the first team picture with his fine strikes and Musonda while Forest scored their only goal through Tendayi Darikwa. 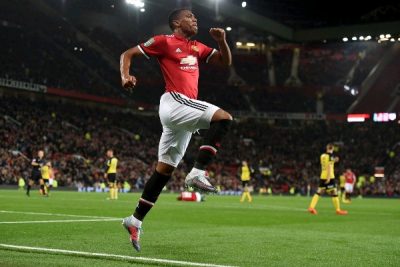 Theo Walcott was the scorer for Arsenal in the 25th minute of the match against League One club Doncaster Rovers, managed by the son of former Manchester United boss, Sir Alex Ferguson, Darren.

Nigeria forward Alex Iwobi came on in the last 14 minutes for Arsenal in place of Walcott, while China Akpom was an unused substitute.

Manchester City have reached the fourth round in each of the past four seasons and that record continued on Wednesday night as they won 2-1 win at West Bromwich Albion.

Everton’s youngster Dominic Calvert-Lewin was the hero for Everton as he scored before he was substituted in the second half with Ousmane Niasse getting the fourth in a comprehensive 4-0 win over Sunderland at Goodison Park.