Cristiano Ronaldo and Harry Kane scored two goals each on Wednesday night as eight matches were played across Europe in groups E to H of the UEFA Champions League.

At the Santiago Bernabeu, Real Madrid defeated APOEL Nicosia 3-0 with goals from Ronaldo and Sergio Ramos in a Group H game.

Ten-man Liverpool were held to a 2-2 draw by Sevilla at Anfield in an entertaining Group E match-up.

Roberto Firmino (21st minute), and Mohamed Salah (37th minute) were on the scoresheet for the Reds while Ben Yedder (fifth minute) and Joaquin Correa (72nd minute) got Sevilla’s goals. Firmino missed a first half penalty and Jordi Gomez was red carded towards the end of the game. 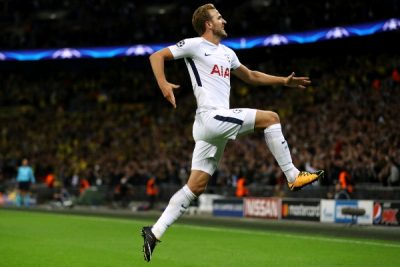 Tottenham Hotspur began their Champions League campaign in Group H on a winning note at Wembley with a 3-1 home win over Borussia Dortmund. Heung -Min Son, Harry Kane (brace) were the scorers for Spurs and; Andriy Yarmolenko 11th minute got the consolation strike for the Germans.

In the other matches played on the night Maribor and Spartak Moscow ended their contest in a 1-1 draw  in Group E, Porto lost 3-1 at home to Besiktas in Group G and Monaco claimed a 1-1 draw away to RB Leipzig in the other Group G match,  Shaktar Donetsk pipped Napoli 2-1 in Group F.