I’m sure I was not the only Nigerian who was close to a mini-heart attack last Sunday as Victor Moses went down and clutched his knee.
The Super Eagles and Chelsea star had collided with an Arsenal player during the Premier League match and their knees had been affected.
Moses was apparently the one worse hit, and as he received treatment, every single Nigerian watching must have feared the worst: he was going to miss the World Cup qualifier against Zambia in October.
Thankfully, he ran off the knock and subsequently had a very good game.
But you can’t blame the ones who got worried, given Moses’ recent injury record for Nigeria and how important he has become to the national team.
In plain language, Moses has missed too many recent Nigeria games. And the team has suffered without him. Off the top of my head, I can’t remember the last time he had a poor game. 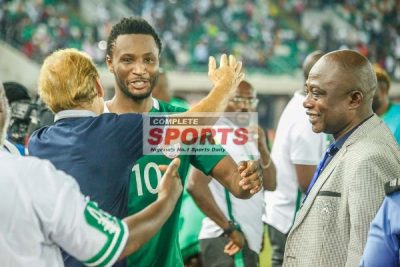 At the moment, the Super Eagles need Moses probably more than Chelsea need him. So, Mr Antonio Conte, just drop the Nigerian and give Davide Zappacosta a run of games.
You know, Antonio, Zappacosta needs games as he just arrived in England. Besides, he is your compatriot, so a little favouritism will not be out of place. Nobody will complain. Just let Zappacosta start all the games before the international break to let him adapt quickly to the English game and your methods, Mr Conte sir. Give Moses five, 10 minutes at the end of games so that he is not totally out of the picture and not match-rusty going into the international break.
After the international break, dear Antonio, revert to using who you believe is your best right wing-back, who I hope is Moses. You would have been totally fair, since Zappacosta would have had his bedding in period and Moses would have avoided injuries. Nigerian Chelsea fans love you now, Antonio. You could make all Nigerian football fans worship you. Just keep our Moses safe.
Another player who caused a few Nigerian hearts to palpitate last weekend was Leon Balogun, another hugely important Super Eagles star.

Balogun needed treatment when his Mainz side met Bayern Munich in a Bundesliga clash and there were already social media posts that the centre-back was injured.
But, like Moses, Balogun shook off the knock and finished the game. That is another player the Super Eagles cannot afford to do without against Zambia. 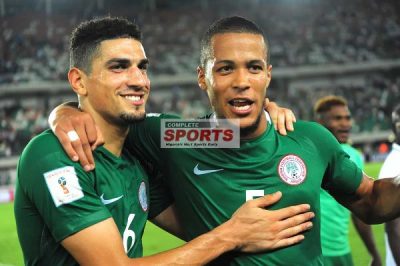 It is time for Mainz coach Sandro Schwarz to drop the Nigerian giant and give other centre-backs a chance. At least until after the international break. After all, Mainz were all right when Balogun was injured at the beginning of the season. They will also be fine without him in their next two, three matches before the international break. Biko, Herr Schwarz, just drop Balogun to the bench and give him some minutes late in the games. He will be fresh for you after the international break and then he can start the rest of Mainz matches till May.
Like Moses, Balogun has underlined his importance to the Super Eagles set-up and his value has been obvious both when he is present and when he is not.
The third in the Super Eagles’ indispensable triumvirate is captain Mikel Obi. He only recently returned to action after a five-month injury absence and, obviously, it is time to give him a rest for one or two games.
I’m sure Tianjin TEDA manager Uli Steilek realises he needs to freshen up the squad a little to boost their bid to escape relegation from the Chinese Super League. Why not reinvigorate the midfield by dropping Mikel to the bench for the next two, three games? The Nigeria captain can always return to the starting 11 after the international break with a new energy, especially if he helps Nigeria qualify for the World Cup.
This piece obviously sounds like banter, but anyone who has watched the Super Eagles recently will agree that these three players are absolutely vital to Nigeria’s progress. At the moment, the team appears rudderless without the trio’s strength at the back, direction in the middle and productivity up front.
All three were absent as the Super Eagles were humiliated in an Africa Cup of Nations qualifier in Uyo in June by a South Africa side that has struggled since and lost twice to the ‘mighty’ Cape Verde.
Without Balogun in central defence, the Eagles lacked presence, a player who would scrap for everything, who did not back off from any battle.
Without Mikel in midfield, the Eagles were without leadership; there was no composure as they chased the game recklessly after falling behind. There was also nobody to act as deep-lying playmaker who could create chances with balls over the top from deep.
Without Moses in the attack, the Eagles lacked wings, the spark was absent, the player to create something out of nothing was not around, the king of take-ons was missing.
When they all returned for the two World Cup qualifying games against Cameroon in September, we all saw the absolute transformation of the Super Eagles from whiners to winners.
Without any doubt, these three form the spine of the Eagles. And if the only way to guarantee their availability for the crunch Zambia is for them to be dropped for the next few games by their clubs, so be it.
Even if they could be wrapped in cotton wool and preserved like Egyptian mummies until match, I’m all for it.
Normally, without Balogun, Moses and Mikel, the Super Eagles should be able to get the victory over Zambia to guarantee qualification for the 2018 World Cup.
But after what happened against a distinctly average South African side and the surge in confidence for Zambia after their victories over Algeria in the qualifiers, nothing can be taken for granted.
The Eagles NEED the three players to see off Zambia and claim African qualifying Group B’s sole World Cup ticket.
Indeed, a tree does not make a forest. But three go mighty close.