CHELSEA v ARSENAL: The Stats That Makes The London Derby Very Crucial For Both Sides Arsenal make the short trip across town to city rivals Chelsea for the latest instalment of the London Derby which has seen, over the years, great reputations forged by players and managers since the first game between both teams 110 years ago on November 9, 1907.

Few fixtures in the Premier League boast the backstory of Chelsea versus Arsenal, with numerous celebrated names having made their mark upon a fierce London rivalry.

Prolific strikers and long-serving defenders have all had their time to shine across Stamford Bridge, Highbury and Emirates Stadium.

As we countdown to kick-off at Sunday lunchtime, we look back across Opta data to pick out the best and worst times for those in red and blue, via FFT magazine. 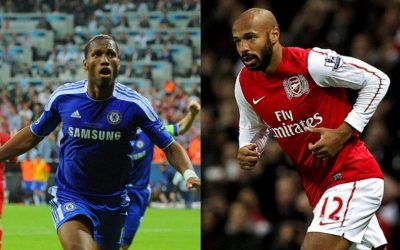 Alexandre Lacazette and Alvaro Morata will be keen to make their mark in a first Premier League outing against one another and, as is generally the case for Arsenal and Chelsea strikers of this vintage, Thierry Henry and Didier Drogba set the benchmark.

Blues hero Drogba and Gunners great Henry have eight goals apiece in games between the two sides, one more than ex-Arsenal and England striker Ian Wright. It is a list dominated by Arsenal players, with Robin van Persie’s match-winning 2011 hat-trick helping him to five, while Theo Walcott and Dennis Bergkamp have four apiece. 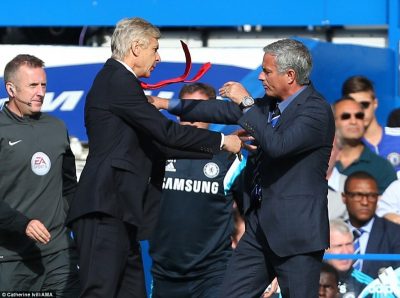 Given Arsenal’s 1990s mastery of the rivalry extended into the current century before giving way to Chelsea dominance, it is little surprise that the Gunners three instances of three straight wins came between November 1993 and May 2000.

Jose Mourinho might have wrought the most misery upon Arsene Wenger of any Chelsea manager but it took Carlo Ancelotti’s to complete a four-match winning against Arsenal, with three of those triumphs coming after the Italian’s arrival for a title-winning 2010-11. Five of Drogba’s goals came during this streak. 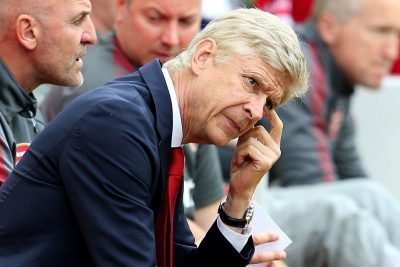 Mourinho soured Wenger’s 1,000th match in charge of Arsenal in March 2014 with a 6-0 thumping that stands as Chelsea’s best.

A more pleasing outing for the Frenchman came in October 2011 against Andre Villas Boas’ Blues, when the aforementioned Van Persie treble snatched a stunning 5-3 victory. The combined eight goals is the most this Premier League fixture has produced. 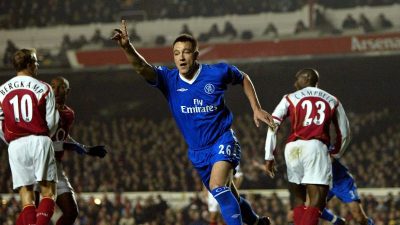 Petr Cech’s 23 appearances to date has come across spells with Chelsea and Arsenal, much like Ashley Cole (21) and Cesc Fabregas (19).