Nwakali called time on his career at Manchester City despite having one year left on his current deal with the reigning English Premier League champions.

“It’s a fresh start and I hope to utilize it very well,” Nwakali told CSN after passing his medical at the club.

“Rakow has offered me the chance to get my career back on track after several loan spells which didn’t make me settle down well.” 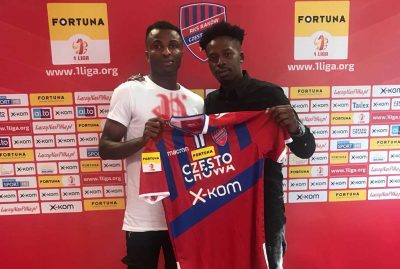