Footballers across Europe have been enjoying precious family time as they celebrate Christmas.

But perhaps the most energetic post of Christmas came from Paul Pogba’s brother Mathias, who shared a video of himself dancing alongside the United midfielder and their other brother, Florentin, Daily Mail reports.

In two posts on his account, Mathias wrote: ‘That’s how a party day is going on with the pogbance united. 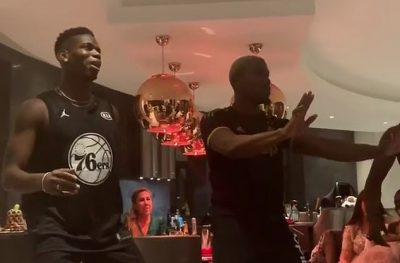 Enjoy these days guys it’s important family time. Are we crazy? No. Are we enjoying? YES that’s the difference.’

The mood among all of the United players would have been undoubtedly helped by their impressive 5-1 victory over Cardiff on Saturday under interim manager Ole Gunnar Solskjaer.

A week to the day that Jose Mourinho was sacked as manager, David De Gea was pictured in an amusing snap with his other half, Spanish singer Edurne.

The United goalkeeper was wearing a fluffy white Christmas hat and green glasses with Christmas trees coming out of the top.

His Old Trafford team-mate, Marcus Rashford, posed next to a giant Christmas tree in his Christmas jumper, sending his seasons greetings to all of his followers. 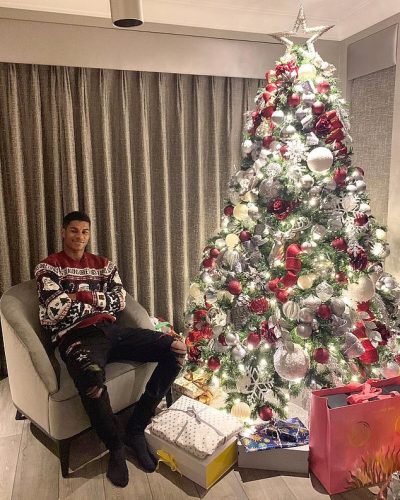 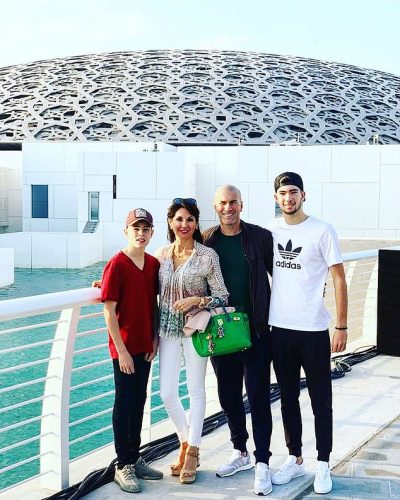 Zidane and his family

One man who has been linked with replacing Mourinho on a permanent basis is the former Real Madrid manager Zinedine Zidane.

He appears to be spending Christmas in Abu Dhabi with some of his family and described his trip as an ‘amazing visit.’

Over in London, Chelsea striker Alvaro Morata was enjoying time with his wife Alice and his twin children who were born in July.

The blue half of Manchester saw Bernardo Silva and Raheem Sterling post pictures of their festive celebrations. 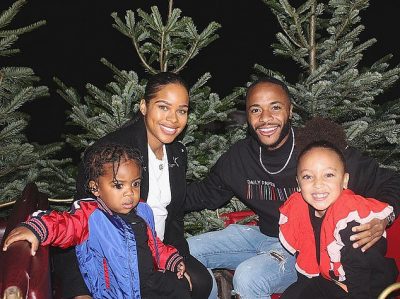 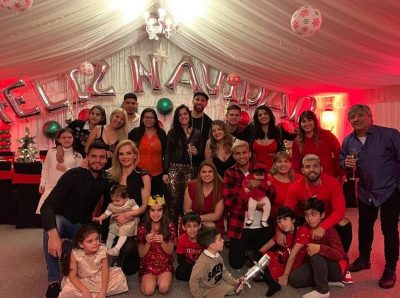 Argentine duo Nicolas Otamendi and Sergio Aguero were pictured among a big group of friends celebrating the day together.

Manchester City play Leicester on Boxing Day where they will come up against Jamie Vardy, whose led the Foxes to a shock win over Chelsea at the weekend.

And while the England striker will soon try to spearhead another Premier League shock, he was enjoying downtime with wife Rebekah on Tuesday.

Over in Spain, Lionel Messi’s wife, Antonella Roccuzzo, shared a picture of the Barcelona star and their family on Christmas morning with caption ‘Happy happy happy Christmas’. 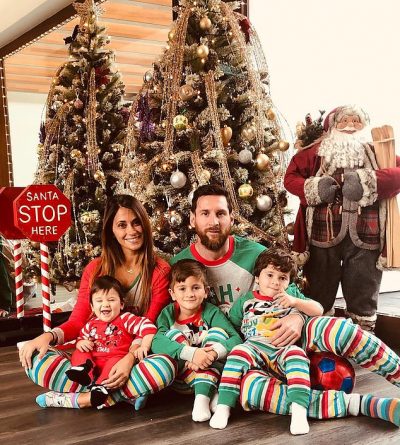 And the festive cheer spread across to his Barcelona strike partner Luis Suarez, who shared a similar snap.

The Uruguayan wrote ‘Merry Christmas wishes from the Suarez family, with lots of love.’

His Barca team-mate Ivan Rakitic was also well and truly in the Christmas spirit with his family. 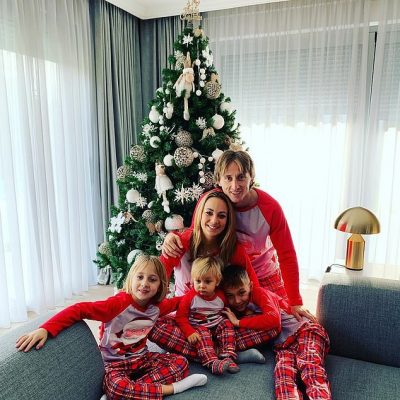 Real Madrid midfielder Luka Modric shared a picture with his wife and children after what has been a fantastic year for the playmaker.

He won the Champions League with Madrid and player of the tournament for his performances at the World Cup with runners-up Croatia.

Modric then won the Ballon d’Or to round off a superb year of honours.

Atletico Madrid forward Antoine Griezmann was celebrating with his family in France. Paris Saint-Germain attacker Julian Draxler posed next to his Christmas tree in his PSG shirt as he greeted his followers on social media.

In Germany, the Bundseliga Christmas break is in full flow and Bayern Munich striker Robert Lewandowski was enjoying the festivities with his wife Anna and their daughter.