Former world number one, Serena Williams crashed out of the Cincinnati Open after losing to Petra Kvitova of the Czech Republic in the Second Round on Tuesday.

It was Serena’s second-round loss comes on the back of her heaviest career defeat, a 6-1 6-0 loss to Britain’s Johann 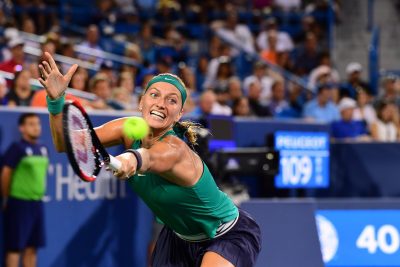 a Konta in the Silicon Valley Classic First Round.

“I’m still at the very beginning,” Williams, a 23-time Grand Slam champion told the BBC after the defeat.

Williams’, a runner-up at this year’s Wimbledon, withdrew from last week’s Rogers Cup in Canada for “personal reasons” after struggling with post-natal emotions.

The Swiss will play Argentina’s world number 50 Leonardo Mayer in the next round.