Brazil star Philippe Coutinho says he was ready for the backlash after Selecao’s surprise 2018 FIFA World Cup quarter-final 2-1 defeat to Belgium on Friday in Kazan.

A Fernandinho own goal and Kevin De Bruyne’s fine strike helped Belgium to a 2-1 win against the South Americans.

Substitute Renato Augusto gave Tite’s men hope of a comeback when he headed the ball into the net with 15 minutes remaining.

However, the South Americans were unable to find an equaliser despite a frantic finish with Belgium securing a date with France in the semi-finals.

“We wanted to go all the way to the final but we’ve given our best shot. Everyone gave everything,” the Barcelona playmaker told SporTV. 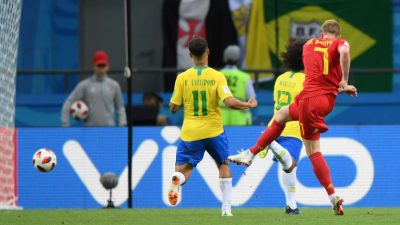 “I’m sure we will be beaten up by criticism from all sides. Life goes on, that’s football. You win and you lose.

“We’re sad because we wanted to win badly, like all Brazil. Unfortunately, we couldn’t.”