Odion Ighalo scored four goals for Changchun Yatai in their Saturday’s 5-2 away win at Guizhou Hengfeng in the Chinese Super League, reports Completesportsnigeria.com.

The win was the second of the season for Changchun Yatai in the CSL.

The 29 year old Super Eagles striker who failed to score in his previous three consecutive games, fired his side into the lead in the 24th minute from the penalty spot.

Former Watford striker, Ighalo, made it 3-1 finishing off a pass from Tan in the 38th minute of the encounter.

In the second half, Fan Wang reduced the deficit for his side scoring in the 60th minute to make it 3-2.

Ighalo completed his hat-trick when he scored to make it 4-2 in the 86th minutes after he was cautioned six minutes earlier. 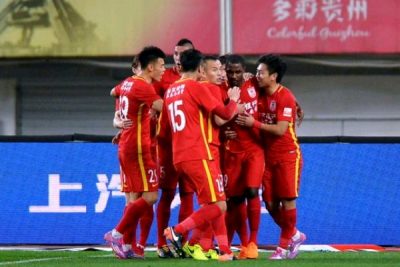 The Nigerian bagged his fourth goal of the game in additional time of the second half.