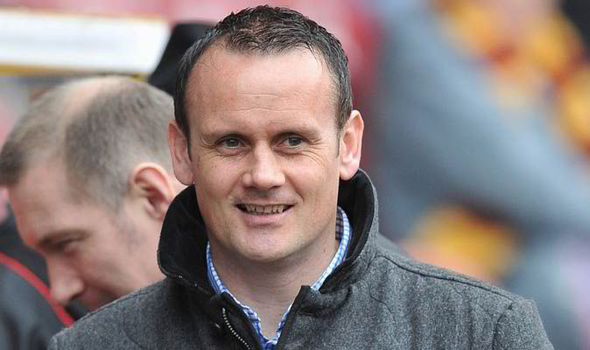 Widnes coach Francis Cummins says his side’s mentality is a concern after their damaging defeat at Toulouse on Saturday. The Vikings have lost all three of their fixtures in The Qualifiers so far and probably need to win all four of their remaining matches if they are to avoid relegation from the Super League.

Widnes trailed 18-10 at the break but a Weller Hauraki try early in the second half gave them hope.

However, the French side responded before recording a 42-22 win, and Cummins admits he fears some of his squad have now given up on survival.

“We had a few players who had given in by then, which is the worst feeling in the world,” Cummins told Runcorn and Widnes World.

“It’s a strange one because we dominated field position and worked really hard to win the ruck, but we didn’t have enough quality down the other end.

“You’ve seen a team who have not won for a long time, there’s a few people out there whose heads are pickled. I don’t know what we’re doing at the moment.”