Curtain falls on Conference of the Parties (COP24) in Poland: African Development Bank more resolute than ever to fight against climate change in Africa APO Group – Africa-Newsroom: latest news releases related to Africa 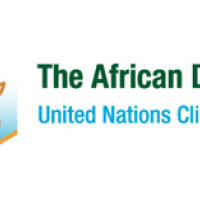 Curtain falls on Conference of the Parties (COP24) in Poland: African Development Bank more resolute than ever to fight against climate change in Africa During the two weeks of the conference, the African Development Bank assumed its role as primary champion of African interests and a steadfast supporter of African negotiators ABIDJAN, Ivory Coast, December 18, 2018/APO Group/ — The curtain has fallen on COP24 (www.COP24afdb.org), this year’s global climate summit held in Katowice, Poland. However, negotiations continued throughout the weekend to reach agreement on specific parts of the ‘rulebook’ to be applied  from 2020 by the 197 signatories of the Paris Agreement (https://bit.ly/2S8gLZH), to limit global warming to 2°C-1.5°C relative to pre-industrial levels. Intense negotiations,  modest progress, determined African negotiators For two years, the 50 African countries that have ratified the Paris Agreement focused on the need to construct a specific, transparent framework for climate finance. African negotiators – including the AGN, supported by the Bank (https://bit.ly/2QAJE3Y) – have also been negotiating to have  developed countries, largely responsible for gloabal warming, to implement their  commitments. Developed countries are required to help developing countries conduct their ecological transition in line with  the Paris Agreement made in December 2015.  The Bank fulfils  its role as Africa’s spokesperson and leader During the two weeks of the conference, the African Development Bank assumed its role as primary champion of African interests and a steadfast supporter of African negotiators. In addition to its role as purveyor of knowledge, experience and expertise, it organised 50 panel discussions and conferences at its Pavilion (https://bit.ly/2SHF5kS), which bubbled with a wealth of views shared by 30  experts who led discussions across the subject of climate change in all its dimensions: water and sanitation (https://bit.ly/2BuX0Vd), agriculture and forestry (https://bit.ly/2EBFJxE), transport and urban development (https://bit.ly/2EBd37P). The gender dimension, the role of civil society and the private sector (https://bit.ly/2SVlAWs), meteorology and related technologies (https://bit.ly/2SVlAFW), renewable energy (https://bit.ly/2ECgoUg) and implementation of Nationally Determined Contributions (https://bit.ly/2rKxN4E), were other topics discussed. Every day from 3 to 14 December 2018, about 200 people on average particated in events organized by the Bank (https://bit.ly/2SHF5kS) – working either alone or in cooperation with partners. The Bank opened its COP24 activity with Africa Day (https://bit.ly/2UWly2q ), organized in collaboration with the African Union, the United Nations Economic Commission for Africa and NEPAD. And it closed its Pavilion’s doors on the last day of the Summit with an equally symbolic event – a debate that brought together young leaders from the continent and elsewhere, journalists, experts and activists, all actors in the fight against climate change. The Bank is more resolved than ever to continue its work to combat climate change in Africa and its advocacy work to defend the continent’s interests. Combating climate change: never give up “We see women who are losing their livelihoods; we see hungry children; we see communities reduced to dust by tornadoes and hurricanes. That’s what motivates us, that drives us, that makes us redouble our efforts to work to reduce the adverse effects of climate change on our communities,” said Anthony Nyong, Director of the Bank’s Climate Change and Green Growth Department at COP24. Nyong continued, “we will continue to work with those who are conscious of the urgency and the need to respond to the challenges facing Africa, and that is what we’re going to focus on: ensuring that Africa has the resources it needs, so that climate change does not completely negate the  progress that the continent has made. We want to carry on building on the gains made, not make them all over again to then see them destroyed.” Because the urgency is right there… the final decision of the COP ‘insists on the urgency of greater ambition’, but it does not lay down any time span and this does not bode well for developing countries in general or for African countries in particular, since they are among the most affected in the world by climate change (https://bit.ly/2Ev8Ode). So, COP25, to be held in Chile, is already in our diaries. For the African Development Bank, the ‘fight’ continues and the Bank is determined to stay on the front line – allways defending the interests of its 54 Member States and their people. Distributed by APO Group on behalf of African Development Bank Group (AfDB).