Czech Republic head coach, Karel Jarolim, has hinted that he will ring some changes in the side in today’s (Wednesday)  friendly encounter against the Super Eagles of Nigeria following trouncing in the hands of Australia, reports Completesportsnigeria.com.

Jarolim’s men were handed a 4-0 defeat by Australia, the heaviest defeat in the history of the Czech national team in the friendly encounter.

They are looking  for a better result when they face the Super Eagles at the Rudolf-Tonn-Stadion, Vienna, Austria.

“I do not want to disclose  what I told  the  players, but I was definitely not calm. I could say that during the preparations, we went through tactical things and stressed that we had to be more violent in the final stage,” Jarolim told tyden.cz. 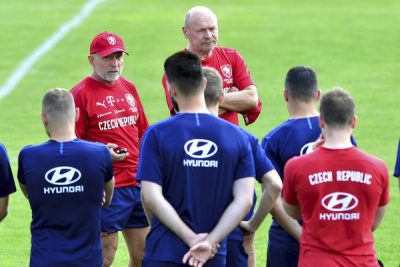 “The base will remain, but the changes will definitely happen, there may be changes in the layout, but I do not want to uncover the cards in advance,”

Jarolim also reckoned that the Super Eagles will be a tougher opponent compared to the Australian team.

“Nigeria is qualitatively stronger than Australia, I saw their match in England, they will be tough to beat,” he added.

The game will kick-off at 2pm Nigerian time.