The talented forward is the next big thing for Czech Republic in football. The 22-year-old has got off to a roaring start, making a transition over to Italian football with relative ease from Sparta Praha in two years. The lanky striker has great feet and he is fast.

Aside from his technical abilities, Schick is also graceful on the ball and he has great balance, which helps him move around the pitch instead of being a poacher like a typical No. 9. He will give the duo of Leon Balogun and William Troost-Ekong a torrid time with his mazy runs if he gets quality services from his teammates.

Schick is a target man; part of his strength is to attack balls in the air and clean up in the box. He has scored twice in seven international appearances for Czech Republic.

The Czech international has scored 22 goals and provided four assists in the Championship this season for Derby County who finished sixth in the English Football Championship.

Vydra also has rare Premier League experience with West Bromwich Albion, as well as Watford, and his graft in the Championship will pose a big threat to the Super Eagles defence line who are often slow to get into their rhythm.

Vydra’s lethal finishing ability and vital contributions to his team play made him unplayable in the English Championship. Though his exploits could not help Derby County push for promotion, Vydra offers pace and he is also a threat in set pieces. It will be interesting to see how the Super Eagles curtail the pace and trickery of Vydra and the aerial prowess of Schick on Wednesday. Vydra has scored five goals in 20 appearances for Czech Republic. 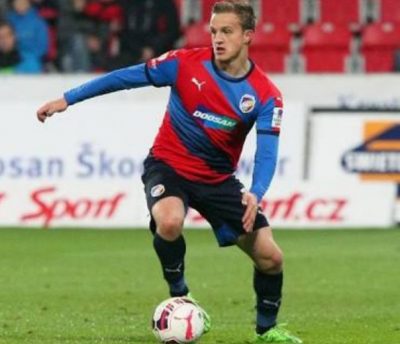 Predominantly a centre-back, Toma Kalas has equally proved his versatility well playing also as a right-back and as a defensive midfielder for Fulham. In April 2014 at Anfield, Kalas partnered Branislav Ivanovic in central defence, in his first start and he helped shut out Luis Suarez and Daniel Sturridge in that win at Anfield which announced his arrival at the big stage in the English football.

He will be detailed to stop Odion Ighalo who has not found the back of the net for Nigeria in his last three games. He played 36 times for Fulham who gained promotion to the English Premier League while at the national team level he has made 12 international appearances for Czech Republic, scoring one goal.

Jan Kopic recorded his best season with Viktoria Plzen since he joined from FK Jablonec in 2015. The 28-year-old central midfielder is blessed with a superb passing ability and he possesses great vision to find a runner with a well-timed through-ball. He is also good at making off-the-ball movements which are often not tracked. Whoever gets the nod to star in midfield for Nigeria against Czech will have his work cut out if he comes up against Kopic.

Kopic who has scored three goals in 12 games for Czech Republic was voted the player of the season in the Czech Republic league after providing 14 assists and scoring nine goals.

The no-nosense defender Marek Suchy has been in the Czech Republic senior national team for the past eight years and he is pne of the the most experienced players in the squad despite just making 38 appearances.

Suchy’s attitude has inspired the new crop of Czech players coming through the ranks and he has sets an example to all of his teammates. He is one of the few Czech top-class defenders can boast such well-rounded attributes. The Super Eagles forwards will be facing a tough and combative defence marshalled by Suchy.