Croatia coach, Zlatko Dalic, is delighted that his team reached the final of the 2018 FIFA World Cup in Russia after losing out in the semi-finals two decades ago during edition of the tournament hosted by France.

Croatia qualified for their first ever final in their fifth appearance at the World Cup finals. 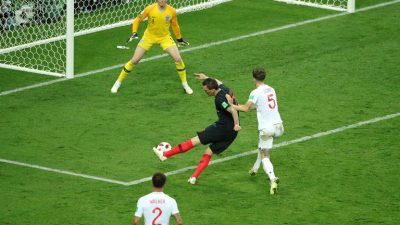 Dalic praised his side’s strength, stamina and energy levels as they rallied back from a goal down to beat England 2-1 in the second semi-final game on Wednesday.

Mario Mandzukic scored the winning goal in the 109th minute of the semi-final, slotting in from Ivan Perisic’s flick-on into the area. Kieran Trippier’s 20-yard free-kick after only five minutes had shot England into an early lead, but Perisic’s 68th-minute equaliser sent the match into extra time.

The win saw Croatia become the first team to come from behind in three straight knockout stage matches to advance at the World Cup. 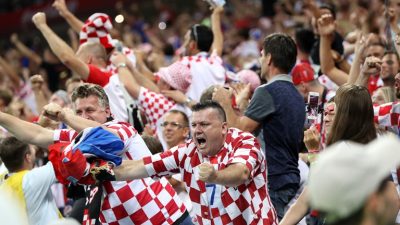 They will face France in the final of the competition on Sunday. The final will be a rematch of the 1998 Semifinal in Saint-Denis, 20 years and one week later.

“In 1998 I was in France for the first three games as a supporter. Everyone in Croatia remembers that game when Thuram scored and we lost 2-1. This has been the topic of discussion for the past 20 years. I remember when we celebrated Suker’s goal but as soon as we sat back down it was level.”

“Both teams have shown their qualities, we do not seek revenge, this football, this is sport, but what we have to do is focus on preparing to play our best game of the tournament in the Final.”

“What our players did today, the strength they’ve shown, the stamina, the energy levels. I wanted to substitute but no one wanted to be subbed, everybody kept saying ‘I’m ready, I can run on’. Some players played with minor injuries with which they would not have played some other games. Two players played with half a leg, but it didn’t show!”

“Nobody wanted to give in when I was preparing the first eleven, nobody wanted to say I was not ready in extra time, no one wanted to be subbed and this shows character and what makes me proud. Nobody gave up.” 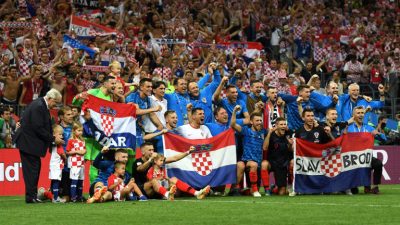