Croatia coach, Zlatko Dalic, has admitted that their mistakes against a very good French side cost them the 2018 FIFA World Cup title.

Dalic’s side lost 4-2 to France in the final of the 20th edition of the tournament at the Luzhniki Stadium in Moscow on Sunday.

An own goal from Mario Mandzukic, a penalty strike from Antoine Griezmann before second half strikes from Paul Pogba and Kylian Mbappe seven minutes later condemned Croatia to a painful final defeat despite goals from Ivan Perisic and Mandzukic.

“I congratulate France on their title. We played well in the first 20 minutes, we controlled the game. Then there was an own goal from a set play. We came back to life, dominated and then the penalty was given,” Dalic said during the post match press conference. 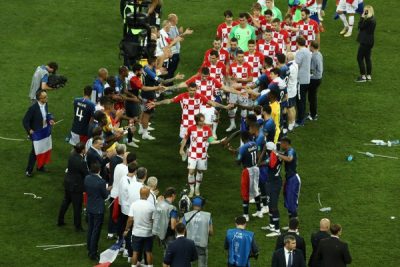 “I have to congratulate my players, it was maybe the best game we played in this tournament; we controlled the match but we conceded.

“Against such a strong side as France you must not make mistakes. We are a bit sad, but we have to be proud as well for what we’ve done.”