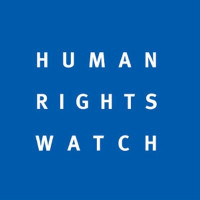 The Democratic Republic of Congo government has made new arrests of pro-democracy activists during November 2018 ahead of presidential elections scheduled for December 23, Human Rights Watch said today. Congolese authorities should immediately halt the crackdown and, with the support of the United Nations peacekeeping mission in Congo, investigate and hold to account those responsible for arbitrary arrests and detention, torture, and other ill-treatment.

In November, police arrested without basis the journalist Peter Tiani and 17 pro-democracy youth activists in the capital, Kinshasa. Many were beaten during arrest and detention. In the eastern city of Goma, unidentified assailants abducted and tortured a youth activist, Tresor Kambere, for three days before releasing him. Goma police arrested four other youth activists during a small peaceful demonstration demanding Kambere’s release. The activists arrested in November have been released, but Tiani remains detained.

“Congolese authorities are undermining the electoral process by arresting and mistreating activists, journalists, and other dissidents for peacefully expressing their views or simply doing their jobs,” said Ida Sawyer, deputy Africa director at Human Rights Watch. “With long-awaited elections just over a month away, it’s crucial for all Congolese to be able to freely exercise their basic civil liberties.”

Dozens of other pro-democracy activists and political opposition leaders and supporters who were arbitrarily arrested previously for their peaceful activities remain in detention. This includes seven activists from the Les Congolais Debout citizens’ movement, whom intelligence services in Kinshasa have held unlawfully and without charge since September 11, and four activists from the Filimbi youth movement, who have been detained since December 30, 2017.

On November 1, police arrested 16 activists, including three young women, from the Vigilence Citoyenne (VICI) citizens’ movement as they instructed people about civic rights and duties at a public market in Kinshasa. Police beat and arrested another VICI activist, Benjamin Kabemba, when he visited the others at the Kasavubu police station. The authorities transferred them to Kinshasa’s central prison on November 8, where they were charged with incitement to civil disobedience and were provisionally released on November 18.

“We went to intervene, but then other policemen started beating us. One of them touched my private parts. When I resisted, he told me he was not the first man to do that. I felt completely humiliated. Then one of the policemen climbed on Rose [Kabala, another of the activists] and violently trampled her.”

Kabala was hospitalized with a fractured leg and pelvis.

On November 7, police arrested Tiani, director of the popular online news outlet and YouTube channel Le Vrai Journal, at his office in Kinshasa. His lawyer said that Tiani was charged with making damaging claims about Prime Minister Bruno Tshibala’s family, for relaying information from another online news outlet about the disappearance of a large sum of money from Tshibala’s residence. Tiani is being held at Kinshasa’s central prison. His reporting on political protests, government repression, and human rights issues has a wide following. His arrest appears intended to silence his reporting on critical issues, Human Rights Watch said.

In Goma on November 10, four men in civilian clothes apprehended Kambere, a well-known activist known as “Lumumba” from the Struggle for Change (Lutte pour le Changement, or LUCHA) citizens’ movement, as he walked along the street with a friend. The men beat him and forced him into their jeep, leaving his friend behind. Just before midnight on November 13, the assailants dumped Kambere by the road in a remote part of the city.

Kambere told Human Rights Watch from a hospital where he was being treated that the assailants took him to a house, blindfolded him with a scarf, tied his feet and hands to a chair, and stuffed his mouth with tissue. “The one who seemed to be their leader started talking to me about LUCHA,” he said. “He told me, ‘I can decide about your future, whether you’ll live or die. You must not continue to destabilize the institutions of the republic. You have one choice at the moment.’”

Kambere said that the assailants later placed a bucket of water on his thighs. “They took me by the neck and dunked my head into the water for 15 to 25 seconds at a time,” he said. “Hours later, they came back with a coffin. They took off the blindfold, untied me, and ordered me to lie down inside. They asked me questions, and if I was silent, they tortured me. They injected a product into my left hip; I don’t know what it was, but it hurt a lot. They also struck me with a knife, wounding my thighs and back. I don’t understand how I’m still alive.”

Police arrested four activists, including one from LUCHA and three students, during a small demonstration in Goma on November 12 demanding Kambere’s release. They were released the next evening.

The recent arrests appear part of a broader crackdown against opponents of President Joseph Kabila’s efforts to extend his presidency beyond his constitutionally mandated two-term limit, which ended in December 2016. Around at least 2,000 opposition party leaders and supporters and democracy activists have been arbitrarily arrested since protests began in 2015. Most were released, often after weeks or months of illegal detention and ill-treatment.

Kabila said he will not be a candidate in the upcoming elections, apparently due in large part to increasing domestic, regional, and international pressure for him to step down in accordance with the constitution. Yet many activists and opposition leaders remain concerned that the electoral process is not credible and gives the candidate whom Kabila supports, Shadary Ramazani, an unfair advantage. They cite the repression against the opposition and activists, the lack of independence of the courts and electoral commission, and irregularities in the voter rolls that could include six million potential “ghost voters,” according to an audit by the International Francophonie Organization. Certain opposition leaders have been arbitrarily excluded from the candidate list, and the government is using a controversial voting machine that many fear will facilitate fraud and create serious logistical problems.

Since 2016, the European Union, the United States, and the UN Security Council have imposed targeted sanctions against senior Congolese government officials, security force officers, and others with close financial ties to the presidency. The sanctions are based on their alleged involvement in serious human rights abuses, government repression, and large-scale corruption, much of which has been directly linked to Kabila’s efforts to extend his hold on power. The EU is to decide whether to renew the previous sanctions and add new people to its list during its Foreign Affairs Council meeting on December 11.

In light of the government’s failure to hold senior officials to account for serious abuses, the EU, US, and the Security Council should maintain current sanctions and consider expanding sanctions to include those most responsible for ongoing abuses.

“Scheduling elections without Kabila running does not mean that the violence will end or the elections will be credible,” Sawyer said. “Congo’s international partners need to pressure the government until the repression and serious abuses cease, those responsible are held to account, and Congolese are able to freely and fairly elect their leaders.”