DOUBLE DELIGHT: Ronaldo, Serie A Set For Debut On GOtv When the new Italian league season kicks off on 19 August, all eyes would be on Cristiano Ronaldo, captain of Portugal and reigning FIFA World Player of the Year, who moved from Real Madrid after nine phenomenally successful years. Serie A, as the Italian league is famously called, will debut on all GOtv packages and is making a return to DStv.

Serie A’s debut on GOtv grants subscribers unrestricted access to games involving the superstar, as all matches of the prestigious competition will be made available live across all GOtv packages at no extra cost. Currently, all matches of LaLiga are available on GOtv MAX. Subscribers also have an opportunity to watch one live match of the English Premier League weekly. 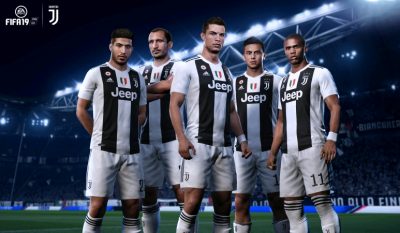 Ronaldo’s move to Juventus has increased the popularity of Serie A and will make it one of the most watched leagues in the new season. With its reputation as Europe’s most tactical league, all eyes will be on Ronaldo trying to see if he can repeat the freakish goalscoring ratios he posted in England and Spain with Real Madrid.

His signing by Juventus, according to campaignlive.co.uk, caused the club’s shares to soar by almost 40%. Italian newspaper, Secolo XIX, also noted that the club’s market valuation rose from €665 million to €815 million.

The club sold 520,000 official shirts bearing the Portuguese soccer star’s name on the first day of release. The shirt sales figures as well as those of other merchandise are expected to rise considerably in the course of the season, as Juventus look to defend their Serie A and Coppa Italia titles and as well as win the UEFA Champions League.

The Portuguese superstar built a reputation as a big-game player in England with Manchester United and later, Real Madrid.

During his time at Manchester United, he performed exceptionally in the headline games against Chelsea, Arsenal and Liverpool. In Spain, he was the protagonist of Madrid’s many victories in the El Clasico against Barcelona and Madrid derbies against Atletico Madrid. 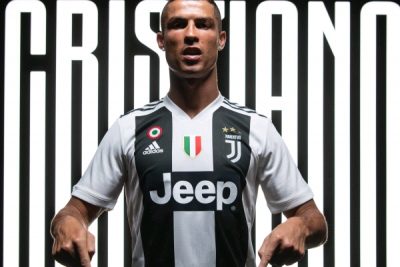 GOtv MAX subscribers have the additional benefit of watching the next phase of the Portuguese superstar’s career along with the full complement of LaLiga matches, especially with the recent reduction of subscription rate on the bouquet from N3, 800 to N3, 200. In Spain, Ronaldo won two La Liga titles, two Copa del Reys, two Spanish Super Cups, four UEFA Champions League titles, two UEFA Super Cups and three FIFA Club World Cups. He was signed for a reported fee of €100 million.