Defending champions D’Tigers dominated three quarters to win the game and book a date with the co-hosts Tunisia who had earlier defeated Morocco 60-52 points to qualify for the final.

The Nigerians led by captain Ike Diogu got every step right in the game right from the first quarter which saw them leading with 15-12 points while the second quarter also produced 19-16 points in favour of the Nigerians who ended the first half with a 34-29 points lead.

The third quarter was a great improvement on the part of D’Tigers who had usually submitted to pressure after the break. 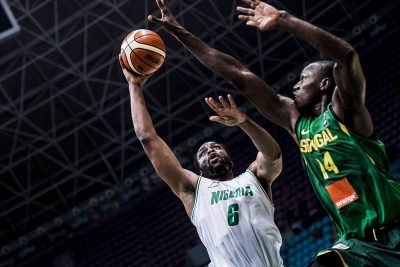 The coach Alex Nwora-led side however ensured they won the third quarter to continue their impressive run in the game. The period also ended 18-16 in favour of the defending champions.

The final quarter was however difficult for the Nigerians who struggled during the period but could not stop the Senegalese from winning the term with 26-24 points to end the game 76-71 points in favour of Nigeria.

Nigeria will face Tunisia in the final billed for Saturday.