Dubravka In Awe Of ‘Unbelievable’ Shelvey Martin Dubravka has described Newcastle team-mate Jonjo Shelvey as the “most technically gifted player” he has ever played with. Slovakia international Dubravka, who is with his country for the current international break, spent the second half of last season on loan at St James’ Park before making the permanent switch from Sparta Prague this summer.

The goalkeeper has become an instant fans’ favourite and he will be hoping the club can turn things around when the Premier League returns, with the Magpies taking just one point from their first four matches. 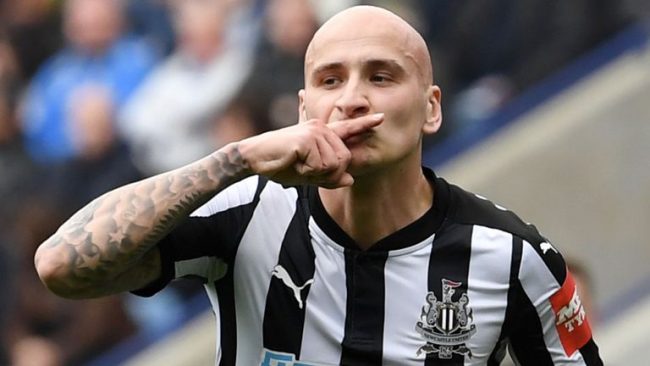 Newcastle have been without English midfielder Shelvey for the past couple of games and his creativity has been sorely missed as Rafael Benitez’s men have struggled to create many clear-cut chances.

Dubravka, who has been an ever-present in the league this term, has been speaking about his team-mate and he has provided a glowing analysis of the 26-year-old.
“Jonjo Shelvey is the most technically gifted player I have very played with,” he told the Slovakian press. “I watch him passing in training. It’s unbelievable!”