5 Eagles In Resurgent Form For Clubs, Expected To Shine Vs Libya Ahead of Saturday’s 2019 Africa Cup of Nations qualifying clash against the Mediterranean Knights of Libya, Completesportsnigeria.com’s ADEBOYE AMOSU highlights five Super Eagles players who have been in impressive form at their respective clubs in recent outings and are now expected to replicate such productive forms when Nigeria host Libya on Saturday and when the Mediterranean Knights host the reverse fixture in Sfax, Tunisia.

No doubt, critics’ knives are still out for Odion Ighalo’s head following his uninspiring display for the Super Eagles at the 2018 FIFA World Cup in Russia, but he has continued to impress for his Chinese club, Changchun Yatai.
Ighalo is unarguably Nigeria’s most prolific striker at the moment, having scored 20 goals in 25 league appearances for Changchun Yatai in the Chinese Premier League so far this season.

The former Watford striker underlined his readiness to sink the Mediterranean Knights by grabbing a brace in his club’s 3-3 draw against John Mikel Obi’s Tiajin Teda last weekend. 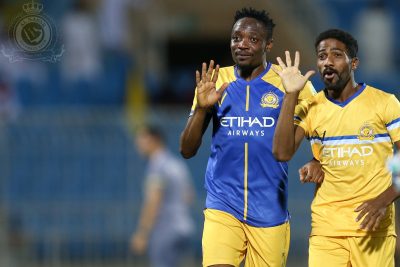 The former Leicester City player scored all three goals in Al Nassr’s 3-0 win against Al-Qadisiyah in the third round of the Saudi Pro-League and was on target in the 5-1 win over Al Hazm last week.

He was recently named best player in the third round of the Saudi Professional League.

Musa who scored a sublime goal in the Super Eagles’ last game against Seychelles will lead the team against Libya following the absence of skipper of the side, John Mikel Obi. 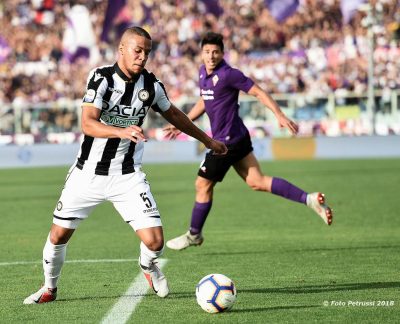 Troost-Ekong is currently Nigeria’s most consistent defender playing in a top league in Europe. The centre-back has earned rave reviews for his impressive showing for Italian outfit, Udinese after linking up with the club from Turkish side, Bursaspor in the summer.

Troost-Ekong who missed Nigeria’s last 2019 Africa Cup of Nations qualifying clash against Seychelles as a result of injury has played every minutes of Udinese’s league games this season. 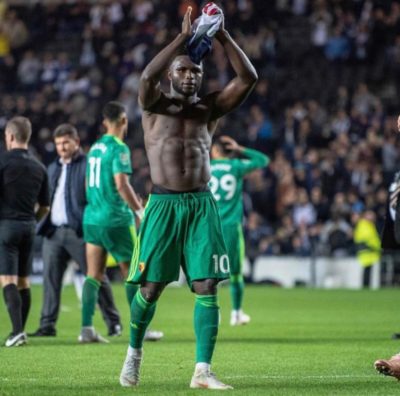 Though yet to earn a starting berth at English Premier League side, Watford, the former youth international looked re-born in the colours of the Hornets this season.

Success had been blighted by injuries and loss of form after linking up up with the London club two seasons ago, but he has impressed this term.

He scored a superb goal for Javi Gracia’s men in Watford’s Carabao Cup defeat to Tottenham Hotspur last month and caused problems for Spurs defenders all through the game.

His goal against Tottenham was also nominated for Watford’s goal of the month award for September, but came second behind Andre Gray. 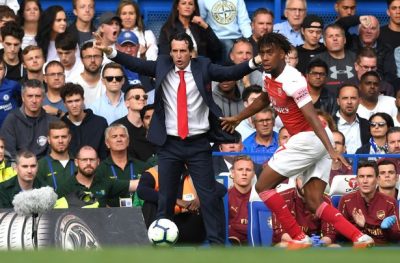 The 22-year-old winger is enjoying his football under new Arsenal manager, Unai Emery. Iwobi’s introduction in the Gunners’ penultimate Premier League game against Watford helped change things in favour of the North London club, and he was impressive in their 5-1 annihilation of Fulham last weekend.