Ten-man Barcelona and Real Madrid draw 2-2 at Camp Nou on Sunday as the LaLiga champions maintained their unbeaten run in the league after 35 games.

Luiz Suarez volleyed in Sergi Roberto’s cross in the 10th minute to give Barcelona an early lead. It was Suarez’s 24th Liga goal of the season. 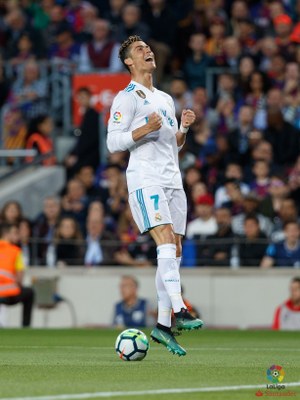 The Portugues captain who hurt himself in the process was replaced at half time by Marco Asensio.

Barcelona’s Sergi Roberto was sent off before half-time for hitting Marcelo in the face.