Emenogu, Olagbade Set For World Title Bouts At ‘King Of The Ring’ Show Three World title bouts will feature on a night some non Nigerian foreign based boxers will also display their fight skills.

He is one of the marquee boxers WBU is using to market their own version of world championship to Nigerians and the world.

Boxers Storm Lagos For King Of The Ring Show

Olagbade, better known as Tyson Kill by his fans has promised to win the title as a New Year gift to Nigerians.

“I’m in boxing for action, I notice that I can stop my opponent in round one, so be it. I will get the job done and get out,” the policeman who will be hoping to win his eighth fight out of nine boasted Friday. 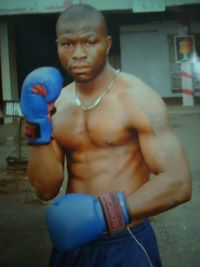 Davidson will hope his third outing in Nigeria will land him the WBU belt.

“I’m not a man of many words,” the fair complexioned boxer began on Friday.

“I’m sure of my ability come Saturday, the ring will decide the better fighter.”

Crowd favourite Tony Salam will return to the ring in a cruiserweight challenge against Ghana’s Kwesi Tutu. 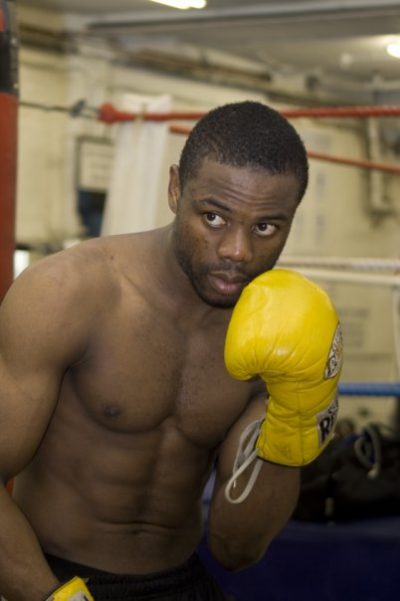 Salam, based in England has promised his fans exciting time come Saturday.

“Fans can always expect the best from me,” Salam who came out of eight year break to defeat Zimbawean champion Chamunorwa Gonorenda last April in Lagos assured.

Boss of Monarch Promotions Prince Stanley Williams also disclosed that Tope Musa and up and coming welter weight campaigner will face Dare Oyewale, while a female boxing bout between Akinsanya Bosede and Cynthia Ogunsemilore will also
feature on the night.

Prince Williams who promised to sustain the promotions sees it as his own contribution towards the development of the sport.

Some top artists are also expected to feature at the show.