Arsenal manager, Unai Emery, admits his side made some costly defensive mistakes in their 3-2 defeat to Chelsea at Stamford Bridge on Saturday.

Marcos Alonso scored a late a winner for Chelsea who bagged their second win of the campaign. 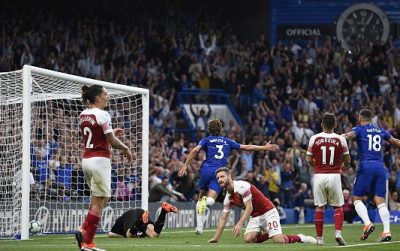 “In the first half we were creating chances to score, and for that I am happy, I am in the match thinking we are well on the pitch. But also they had options, chances to score and lack of effectiveness was the
difference.

“That is why the results is 3-2. But it is one process. In the second half we played with two midfielders, 19 and 21 years old. They improved and are continuing. I am happy without the result.”

Arsenal will face West Ham in their next game in the EPL.